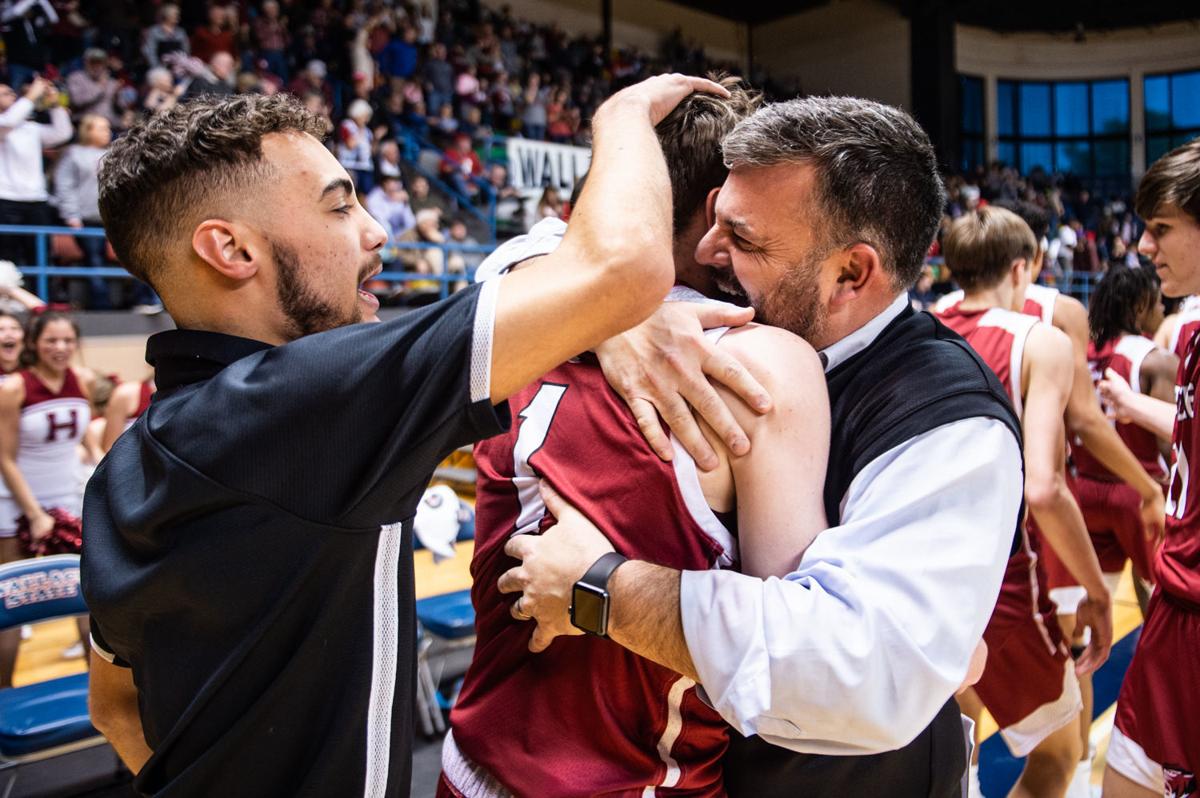 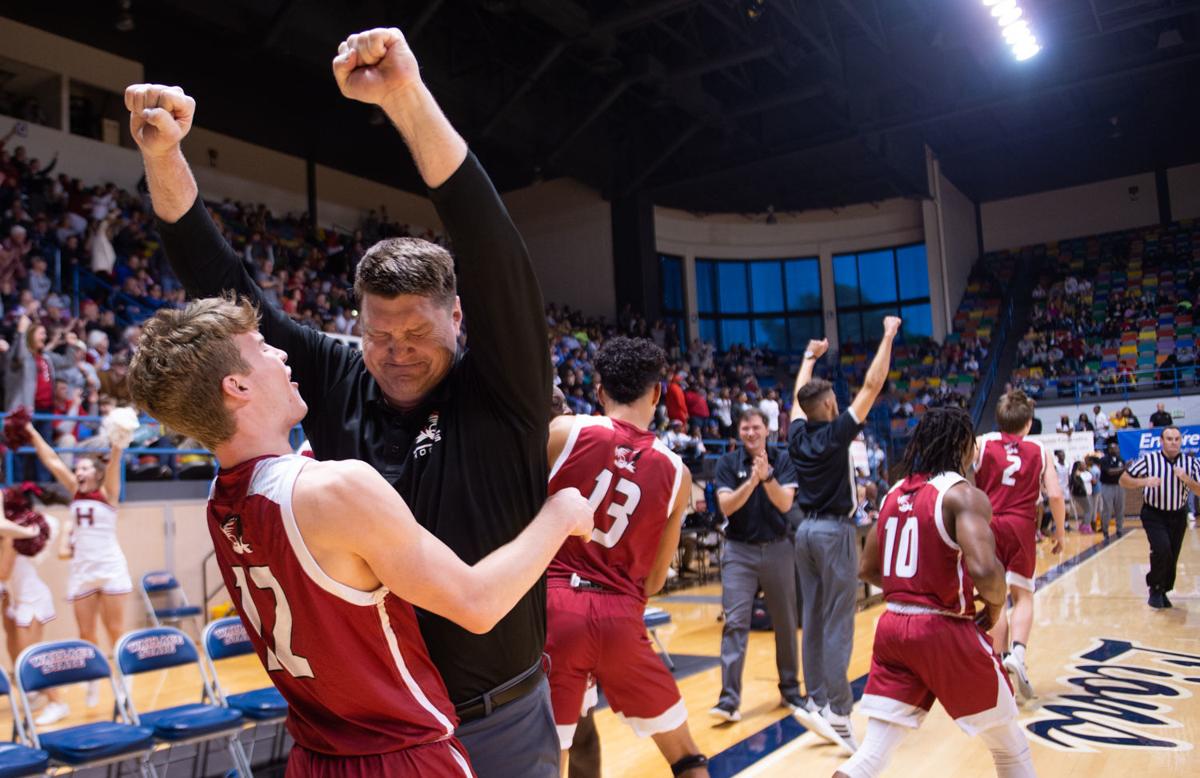 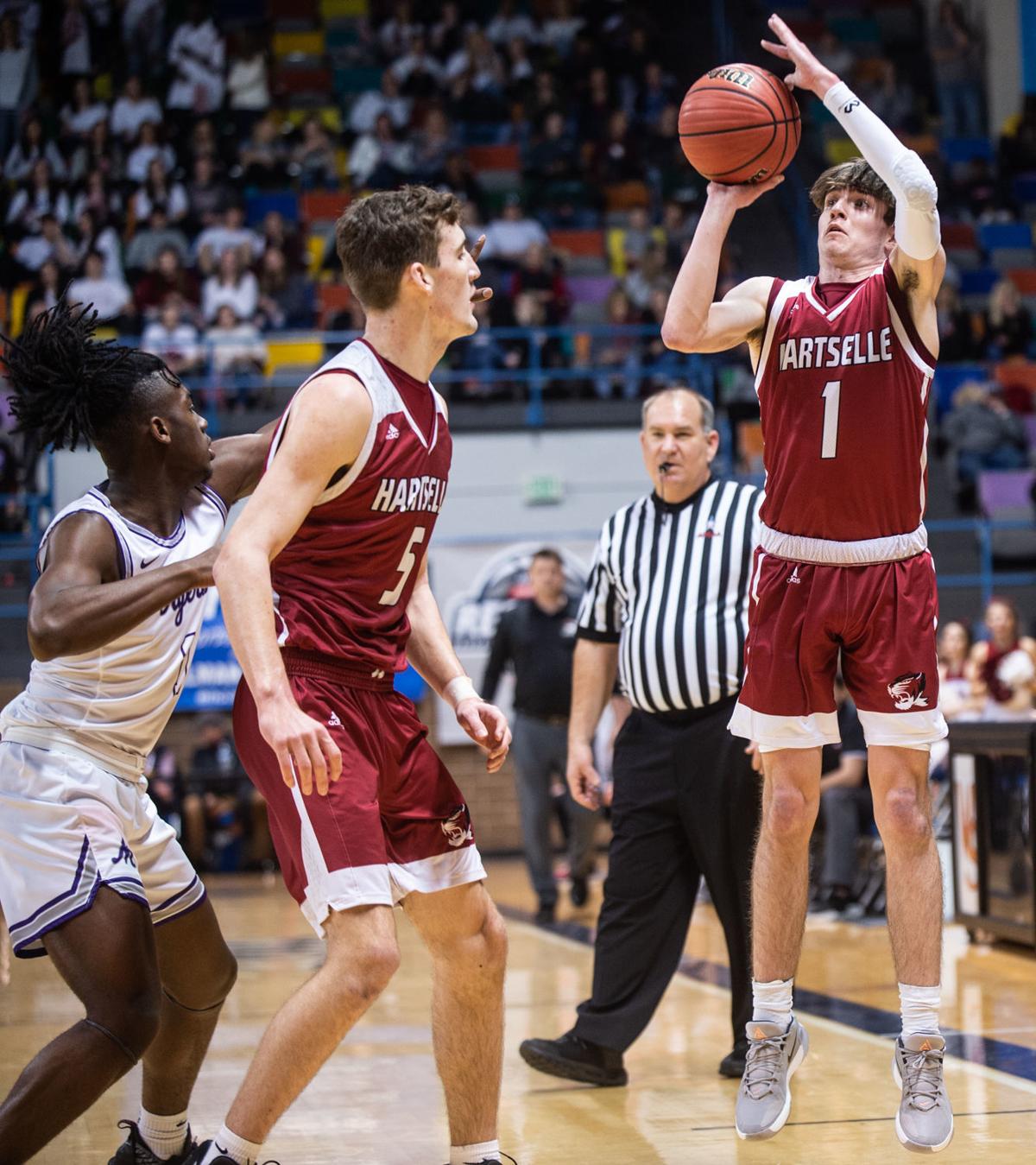 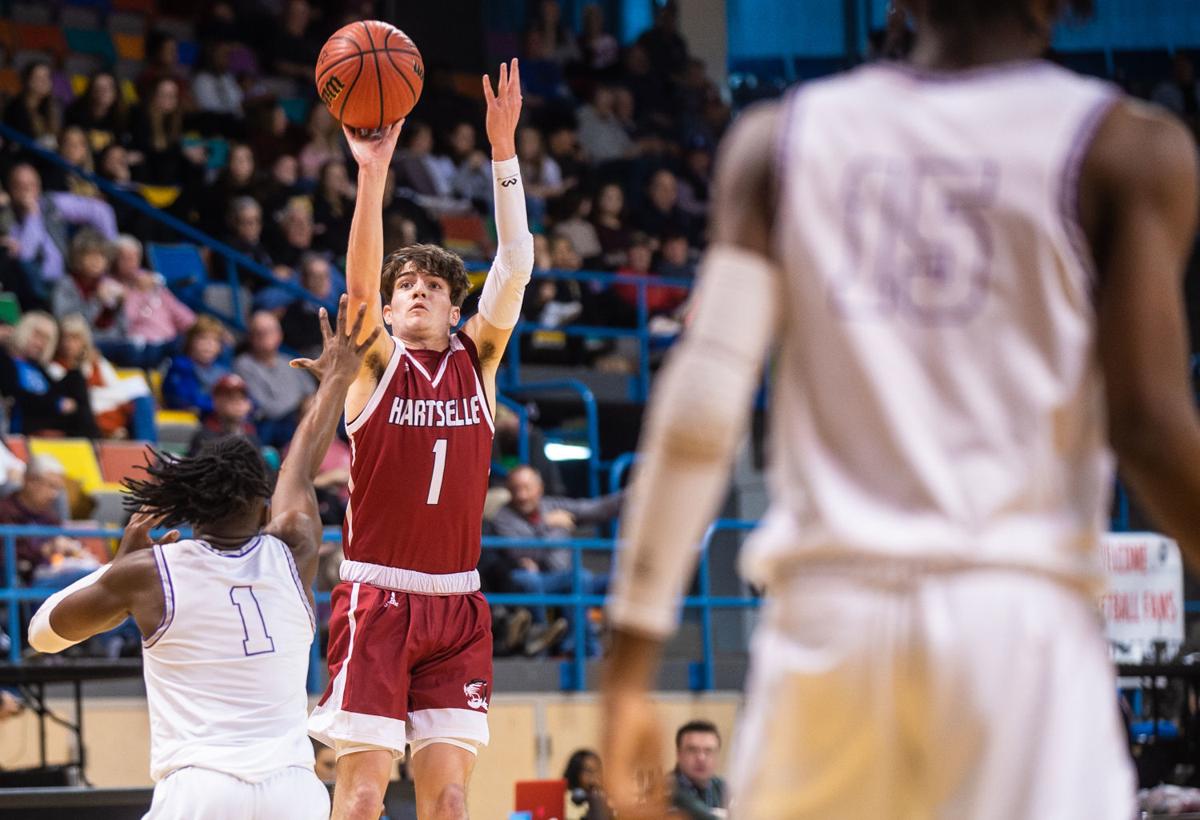 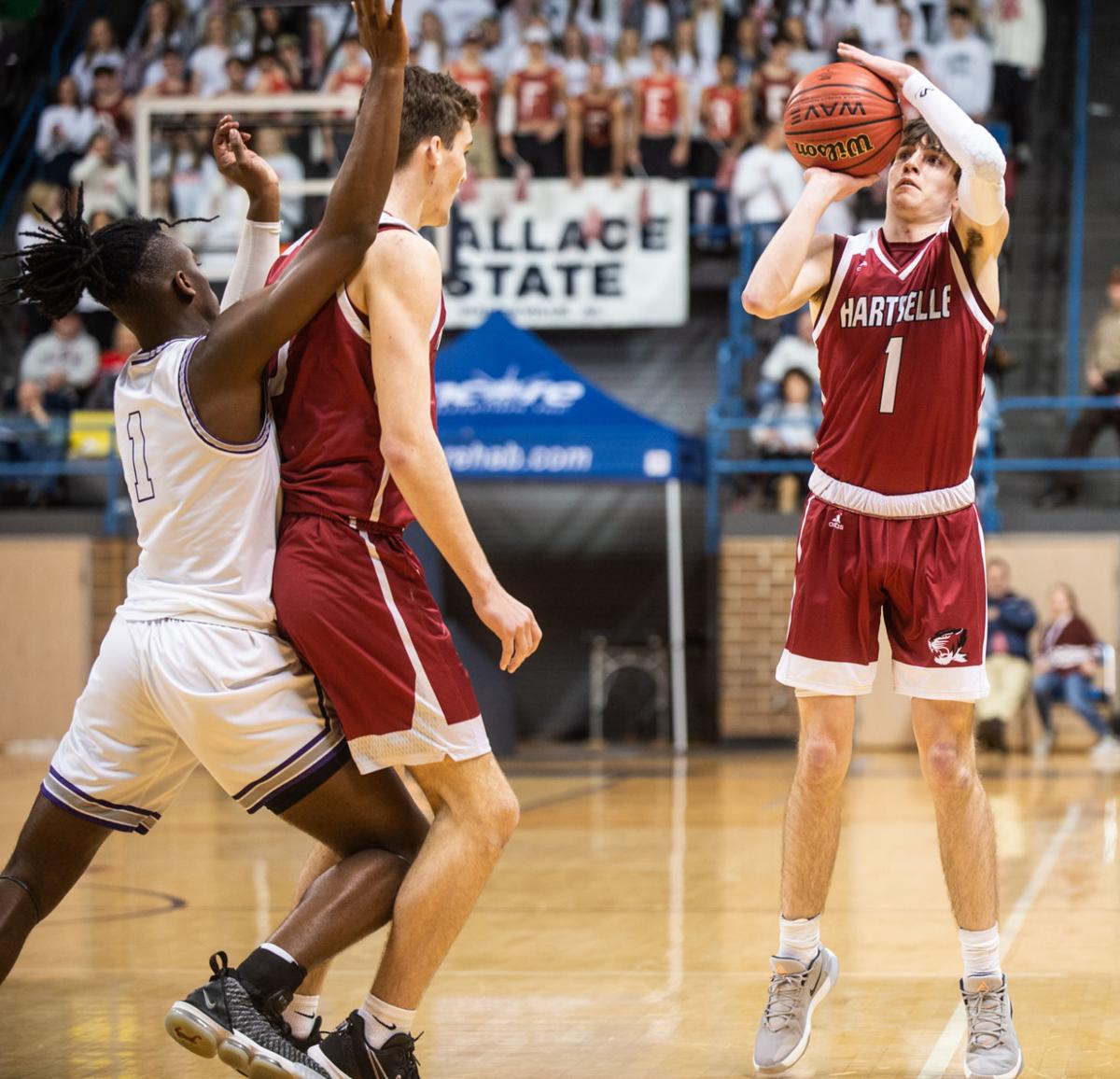 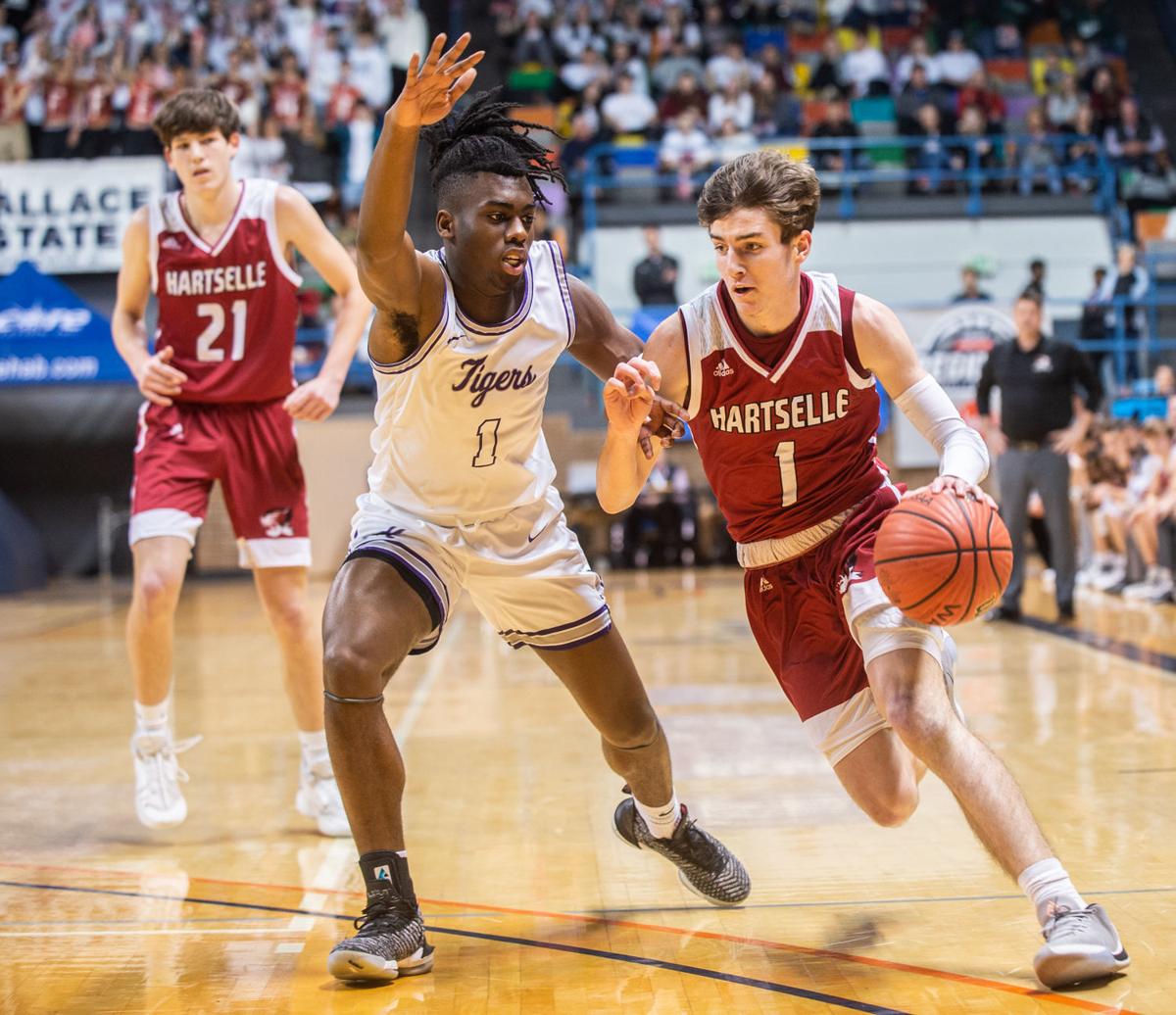 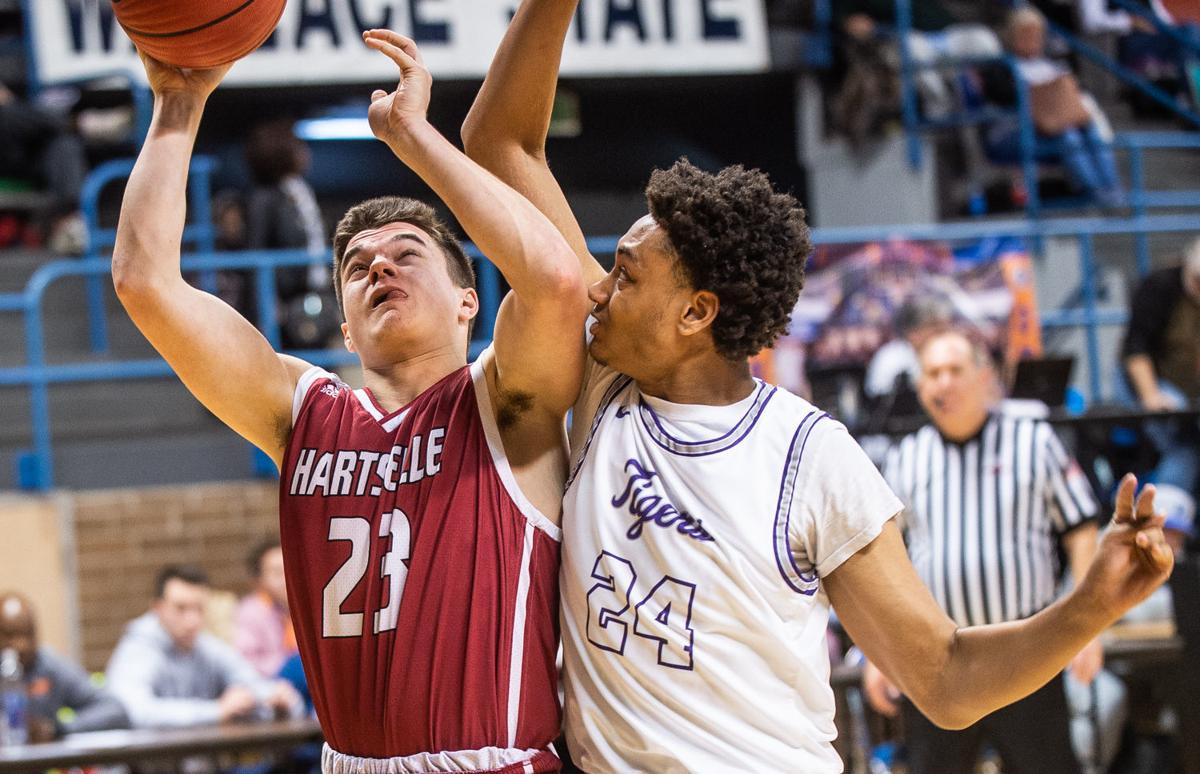 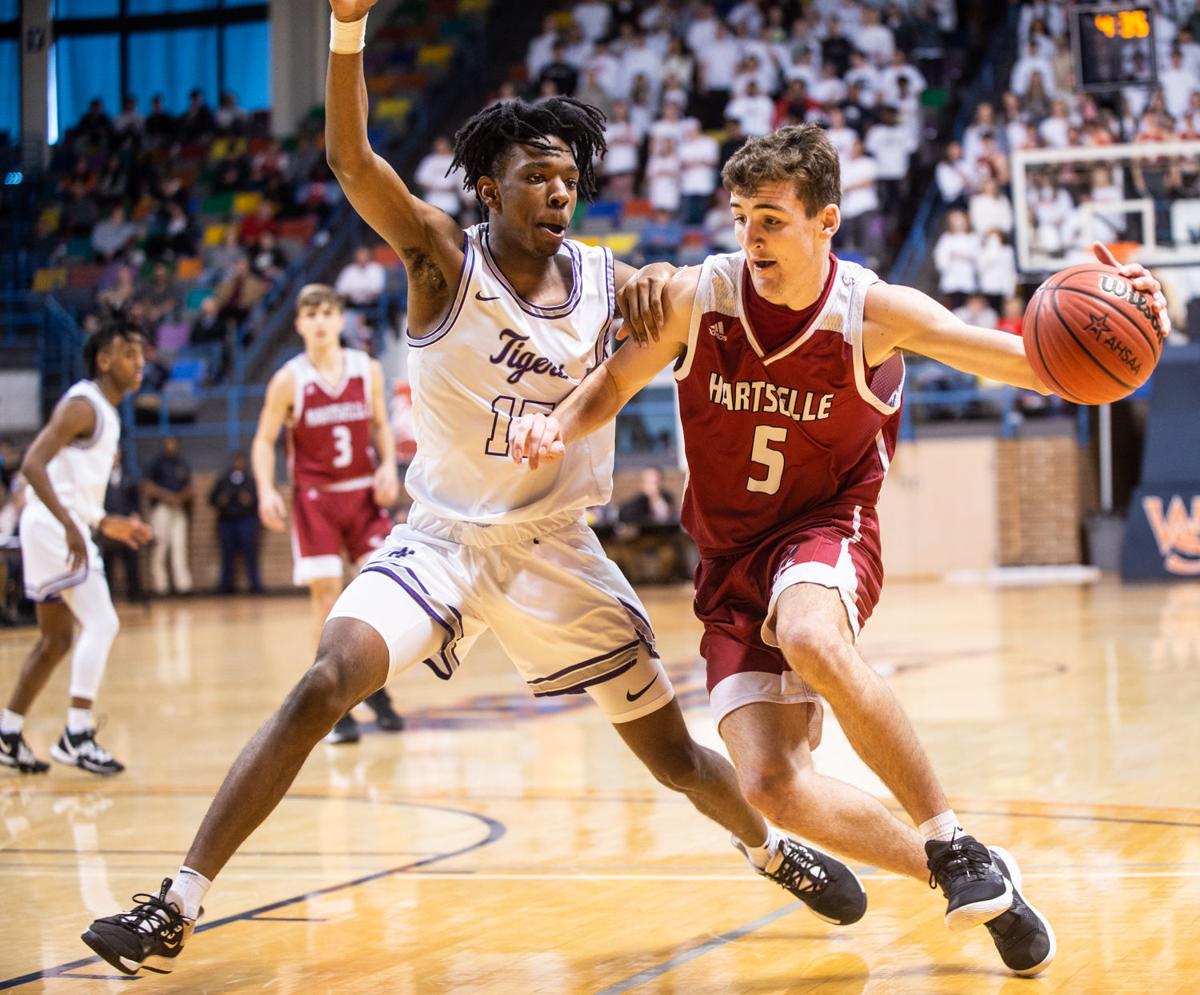 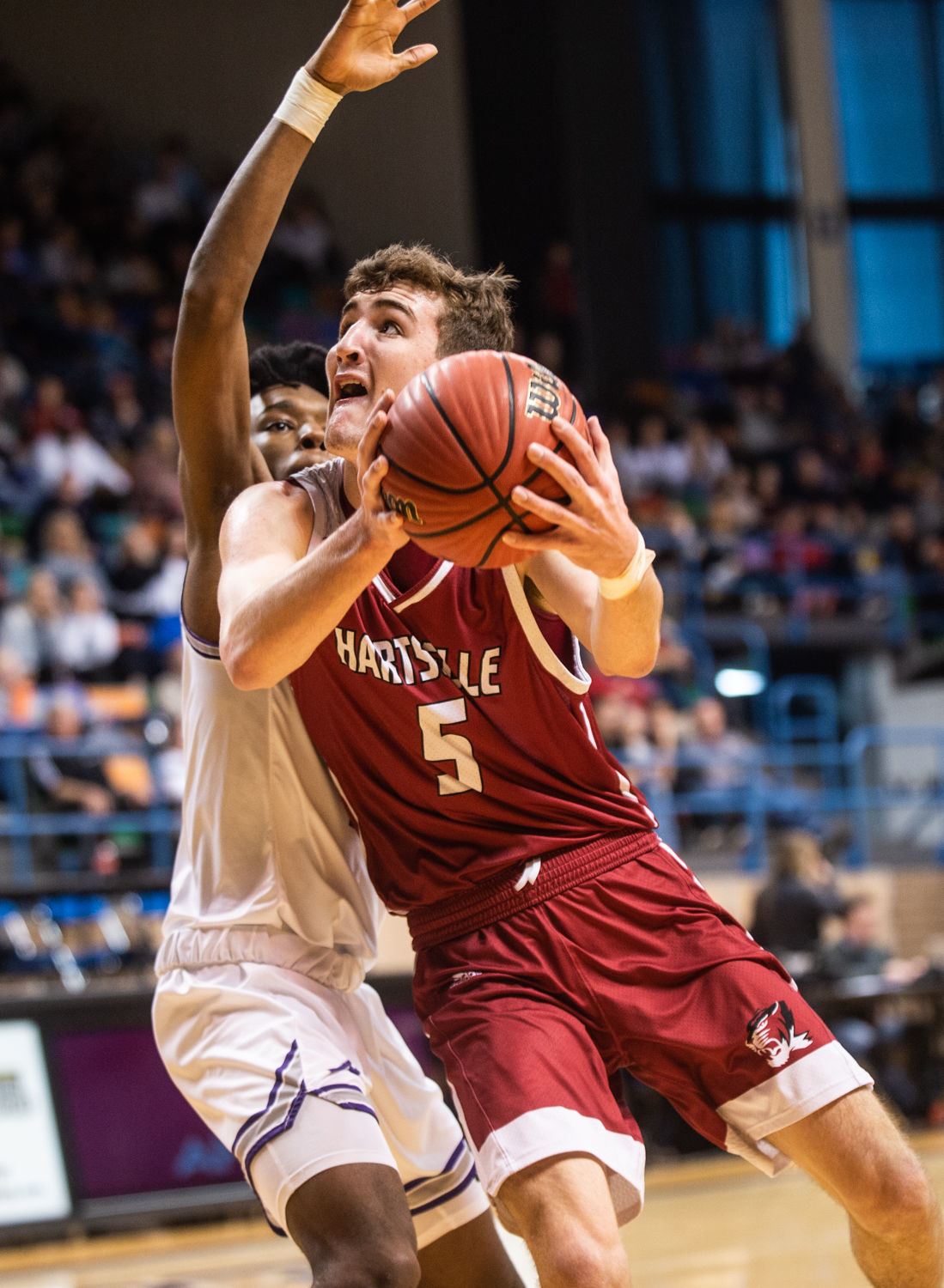 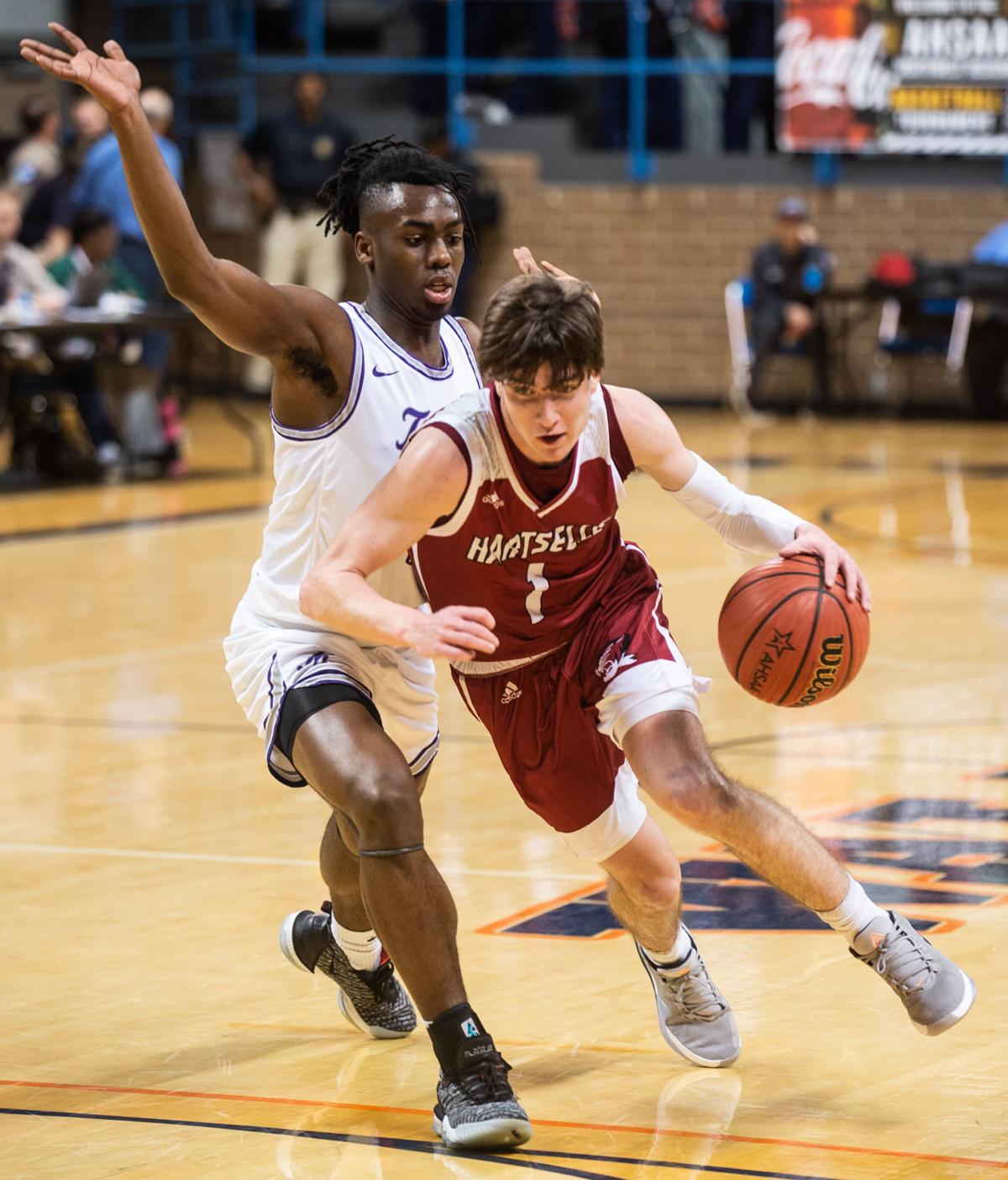 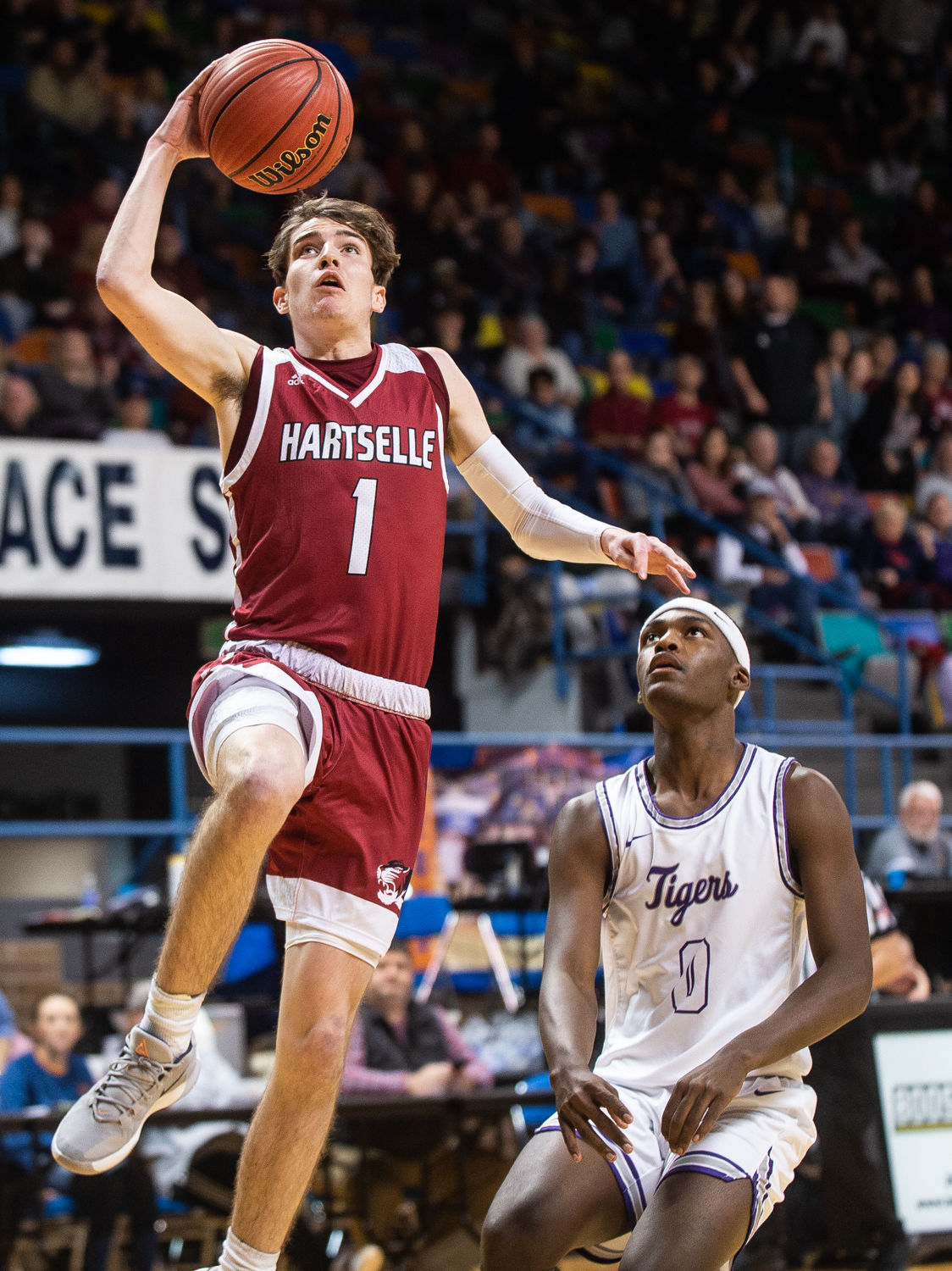 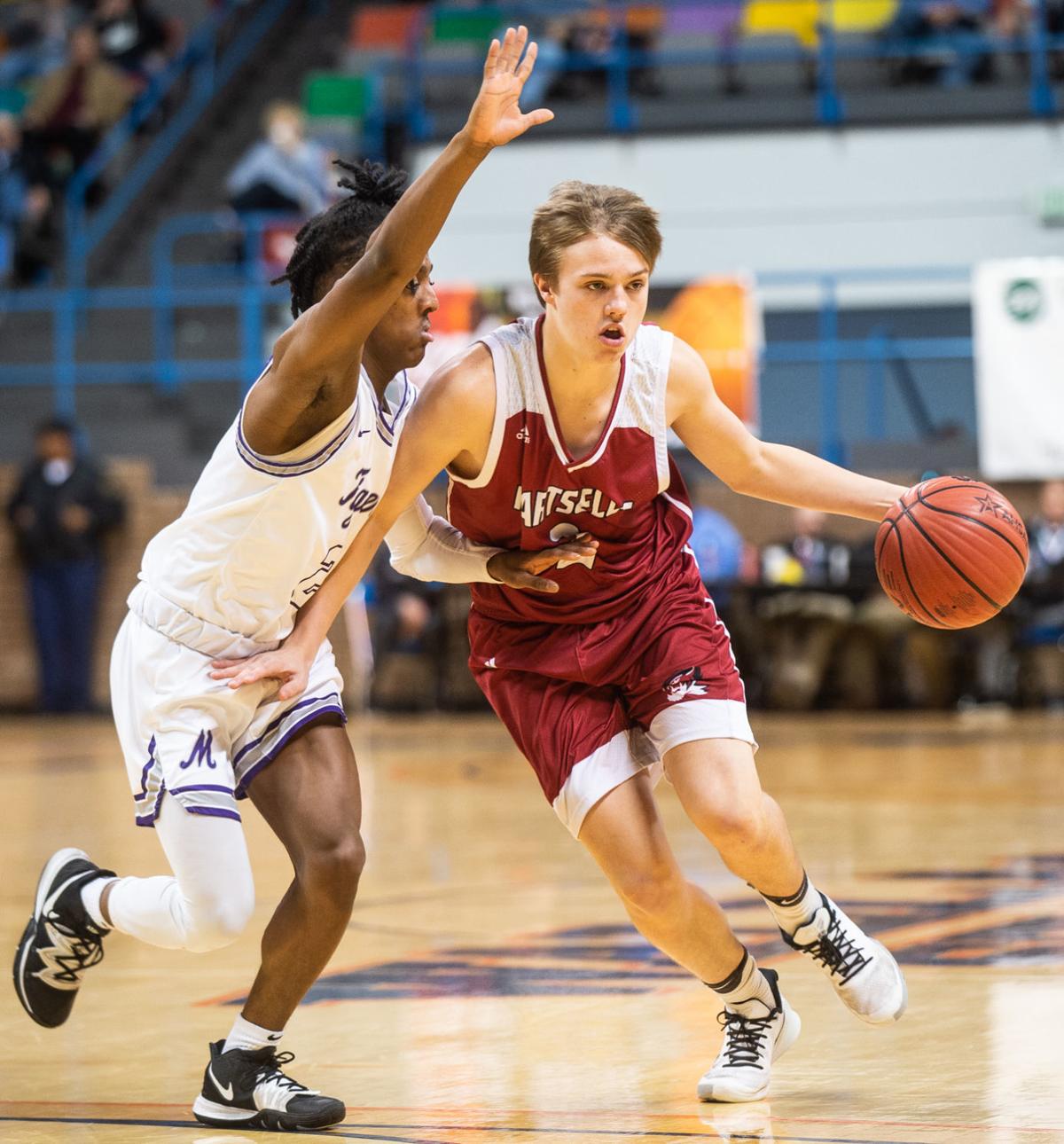 HANCEVILLE — The Hartselle Tigers enjoyed their first trip to the Northwest Regional in 17 years so much they want to play one more game.

Hartselle beat Minor, 71-67, in two overtimes Friday to advance to the Class 6A championship at the Northwest Regional.

Hartselle’s recipe for success against Minor was pretty much what the Tigers have done all season. Brody Peebles and Tad Sivley were the offense. They combined for 60 of Hartselle’s 71 points. Peebles finished with 36 and Sivley had 24.

Peebles, a junior committed to Liberty University, got the Tigers off to a great start with 16 points in the first quarter and 20 in the first half. He hit four 3-point field goals.

“He means everything to our team,” Peebles said. “It’s all about grinding and he’s the leader.”

Despite the great start for Hartselle, Minor never let the game get out of reach. Hartselle led 34-30 at halftime. Minor tied the game at 43-43 with 2:35 to play in the third. Minor led 48-47 headed to the fourth quarter.

It was high drama the rest of the way with young Hartselle Tigers stepping up big. Minor’s Jalyin Dorsey-Johnson drilled a 3 with 14 seconds left in regulation that ended up sending the game to overtime tied at 58-58.

Hartselle freshman Kiah Key then hit two free throws with 59 seconds left in the first overtime that tied it at 65-65 to force the second overtime. That was Key’s only points in the game.

Hartselle’s game plan in the second overtime was to let Sivley take the ball to the basket to either score or be fouled. He scored to put the Tigers up 67-65. On the next possession, he drove to the basket only to be knocked to the floor by two Minor players.

That put Sivley at the free throw line for two shots. He missed the first free throw. A Minor player then pointed out to an official that Sivley had a bloody elbow. He had to leave the game and sophomore Luke Ward came off the bench for the second free throw. He calmly hit it for his only point of the game to push the lead to 68-65.

Minor responded with a basket from Tyler Woodard to make 68-67 with 1:02 left. Sivley then re-entered the game and got back to the free throw line with 44 seconds left. He hit both to make it 70-67. After Jackson Raley got Hartselle’s last and probably biggest rebound of the game, Peebles finished off the scoring with a free throw.

“That was one of the best basketball games I’ve ever been a part of, and I played in high school and college and have coached a long time in high school,” Minor coach Torrance Beard said. “It was all about weathering the storm.

“It’s been that way for us all season,” Key said. “Scoring points off turnovers is where we are successful.”

“Getting back to the regional is a big deal for our program,” Peebles said. “We are super thankful for the community support. We know this means a lot to our fans.”