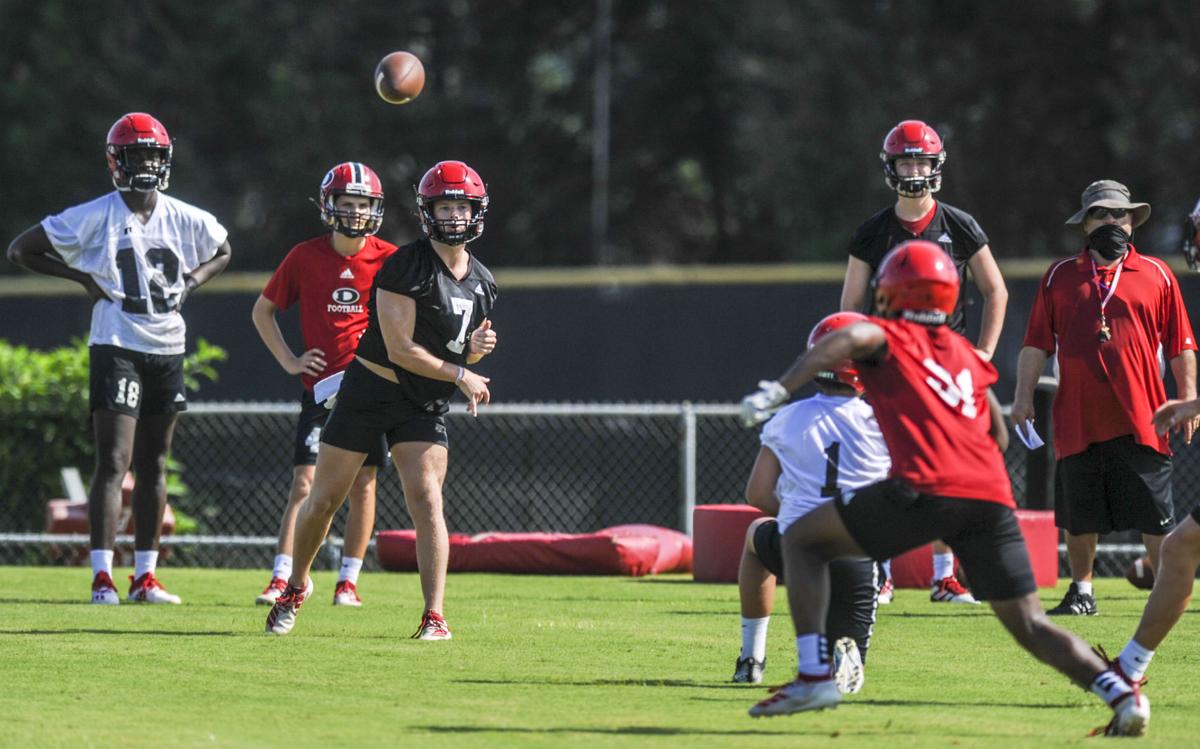 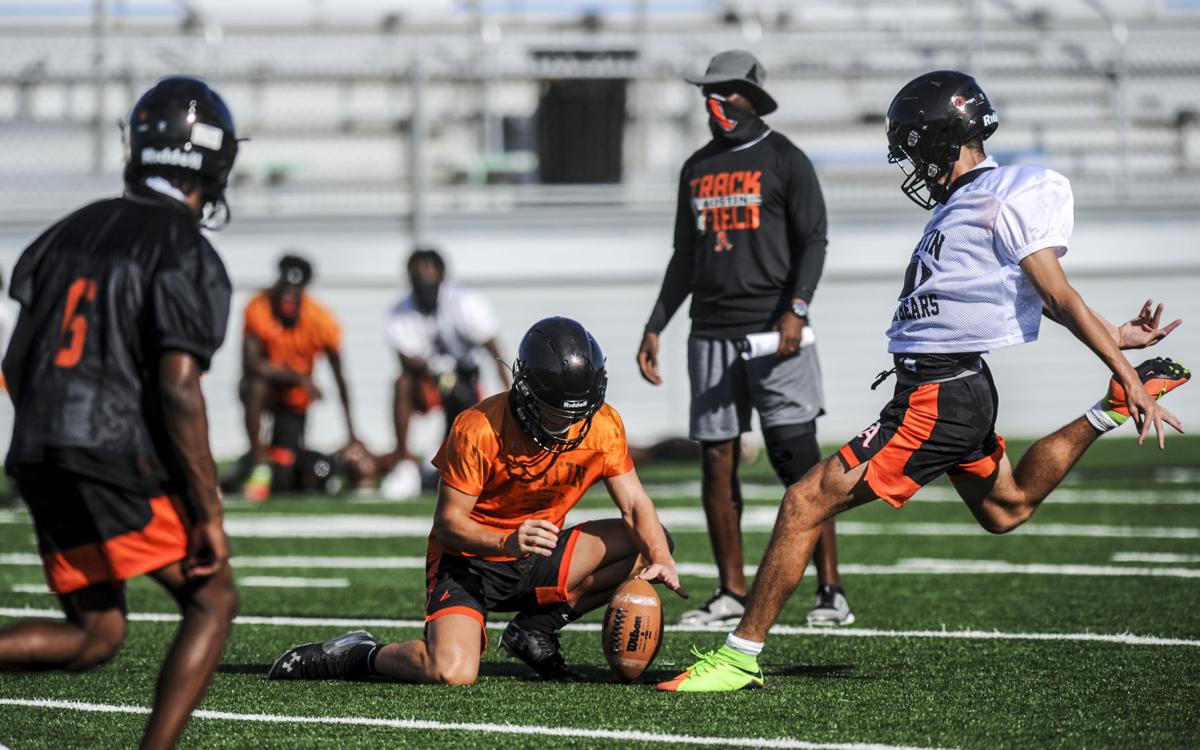 Both teams donned helmets and shorts, leaving summer conditioning in the rearview mirror to focus on getting ready for the 2020 season, which begins with games on Aug. 20 and 21.

“Some of them, I thought, went out there and busted their tail and others are feeling their way through it,” Adcock said. “That’s normal the first day. I thought overall, we had a good practice.”

High school teams across the state will spend this week in helmets and shorts. They’ll move to just shoulder pads Monday and Aug. 4 before being allowed to wear full pads Aug 5.

The decision to start official practice and continue with the season during the coronavirus pandemic came last week from Alabama High School Athletic Association Executive Director Steve Savarese. Perkins said it was nice to have a set schedule after months of uncertainty.

“Every day we get one day closer to starting the season,” Perkins said. “We are excited to be back out there. The kids bounced around there, and we got a lot done.”

The practices this week won’t look much different from the summer conditioning, with players just wearing helmets and shorts. Still, both Perkins and Adcock emphasized the importance of the opening week.

The biggest difference, they said, would be the ability to do full offense vs. defense work.

“We did more 11-on-11 stuff. It was situation stuff,” Perkins said. “It’s hard to do that stuff in the summer. We did red zone work. We did down-and-distance-type situations.”

Adcock said the importance of the opening week should not be lost on his staff or his players.

“We’ve been teaching things all summer, but now, you can go up against your teammates,” Adcock said. “We feel there is a lot that we can accomplish this week before putting on pads.”

Both teams are trying to take advantage of the start of practice to help improve on their 2019 seasons.

Austin made the playoffs in Class 7A for the second season in a row. The Black Bears traveled to Thompson where they lost 54-20 after a 7-3 regular season. Austin brings back three of its biggest contributors in quarterback Quincy Crittendon, running back Jevon Jackson and wide receiver Tre Shackleford.

Perkins said it will be hard to know what kind of team he has until the team starts to practice in pads next week.

“We can have shorts and helmets on all day, but the game is won with blocking with tackling,” Perkins said. “Until we put pads on, we won’t know how good we are at those things. That’s what is going to have the most time and adjustment.”

Decatur is coming off of one its worst seasons, going 2-8. Its two wins came against Lee-Huntsville and Columbia. It returns Grayson Vermeire at quarterback, who took over when Turner Stepp’s season came to an end because of a shoulder injury.

“We are young this year. They have a long way to go to get to where we think they can be,” Adcock said. “We will be better as the year goes along because we are young and talented.”

The two teams continue their storied rivalry with Austin hosting Decatur on Aug. 28. That’s one of three non-region games on their schedules. Their region schedules were shaken up with reclassification this offseason.

Austin opens the season against rival Hartselle on the road on Aug. 21. Decatur opens its season with Russellville at home on Aug. 20.

Both coaches are ready to see how their team shapes up in the four weeks of practice before the season officially starts.

“We’ve been able to catch up for some lost time in technique and scheme,” Perkins said. “The biggest element is just putting it all together and figuring out the physicality of our team, which we will do with shoulder pads.”