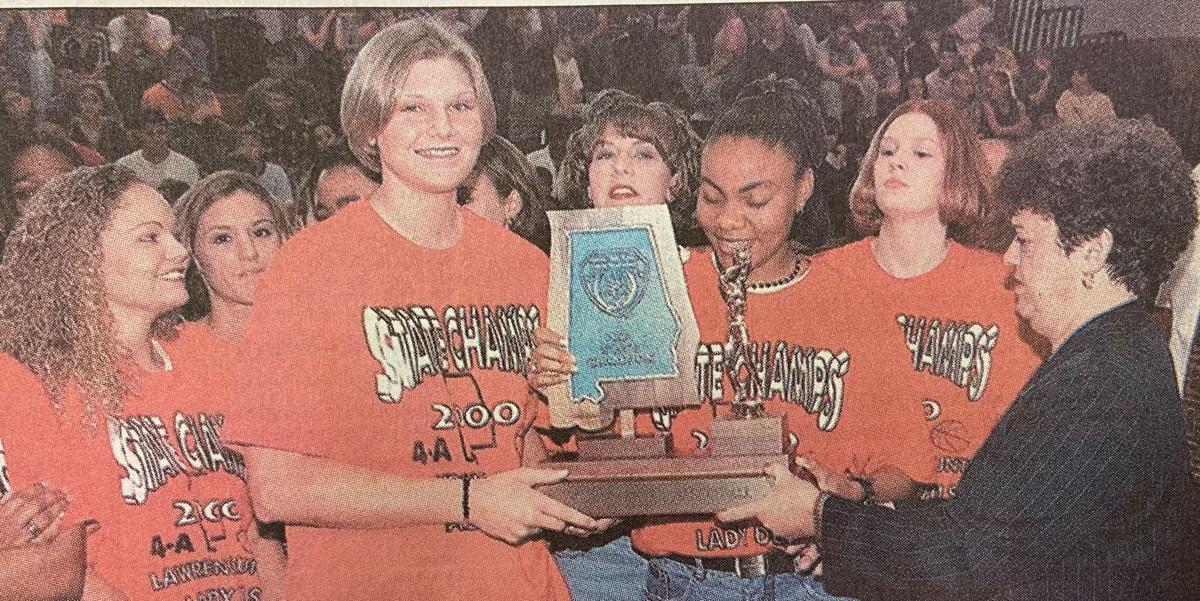 The solution to avoiding that situation in high school was for her team to almost always take home the state championship trophy with the blue maps.

Thomas and her Lawrence County teammates did that six times from 1996-2000. Three times the Red Devils were the Class 4A basketball state champions. They played in six straight state tournament championship games. Four times they won the state volleyball championship.

“And we won the county tournament four times,” Thomas said. “That was important because it was for bragging rights and that’s important around here.”

The other three winners were Hartselle’s Jay Knowlton, Falkville’s Christy Ferguson and West Morgan’s Tim Thomas, who happens to be Natasha’s uncle.

Today, Natasha Thomas, 38, is known as Tasha Davis. She’s married to Ike Davis and they have two sons, Landon and Drake. She is a Juvenile Probation Officer in Lawrence County.

“It’s a tough job and an interesting job,” Tasha Davis said. “It’s not something I thought I would have ever done.

“Every day is different. The best days are the ones with success stories. Unfortunately, they don’t happen often enough.”

When it comes to the basketball success, Davis gives a lot of credit to head coach Kenny Coffey.

Only the eight-point loss to Cherokee County in 1998 kept Lawrence County from being a four-peat state champion.

“Some people want that one state championship and are happy with that,” Davis said. “I don’t want to sound cocky, but our goal every year was bringing that blue map home.

“If we didn’t, it was not a successful season. Coach Coffey would not let us settle for less. He set the goals high and you wanted to make him proud.”

The team’s record in Davis’ five years on the varsity was 141-17. She scored 3,074 points and closed out her high school career by being named Alabama’s Miss Basketball in 2000.

As Davis is quick to point out, she had some talented teammates like Chasity Mosley, Quanecia Fletcher, Kashseena Powe and Amber Chamness for most of those championships.

After a great career at UAB, Davis came back home. She lives on family property in the East Lawrence community. She and her husband recently finished coaching their son Landon’s team to an undefeated season.

“It was exciting to coach those 8-year-old boys,” Davis said. “We worked hard on teaching them the fundamentals of the game because that’s how you win championships.”