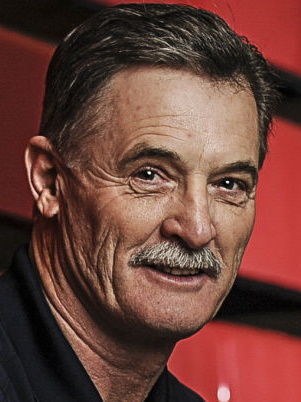 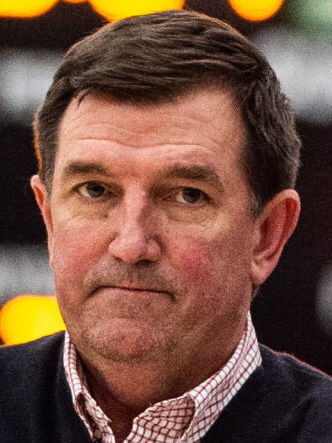 It’s a sad week for a lot of basketball fans in Morgan County.

This was supposed to be the week of the Morgan County Tournament. The annual event traces its start back to 1923.

Due to the pandemic, Morgan County Superintendent Robert Elliott, Jr., announced on Jan. 4 that the tournament would not be played.

“The decision was not made easily or without thinking about the history and heritage of this great tournament,” Elliott said. “The most important aspect of our decision was the safety and well-being of our students, parents and communities.”

When it comes to the Morgan County Tournament, Ricky Allen and Sam Brown are both a big part of the history and heritage. Allen coached the Brewer girls to 18 tournament championships. That tied Joe Jones for the most championships.

“I hate it that we’re not having the tournament,” Brown said. “I know how much it means to basketball fans in Morgan County. I agree with the decision. We don’t want to take a chance on spreading the virus.

“We’re getting close to area tournament time and you can’t take a chance of your team having to go into quarantine. The tournament at the end of the season is important.”

Both the Lawrence County and Limestone County tournaments are being played this week.

If the Morgan County Tournament had been played this year, it was going to be different. Hartselle decided to cut ties with the tournament long before pandemic became an issue.

That decision leaves the tournament with five schools: Brewer, Priceville, West Morgan, Danville and Falkville. In its heyday in the 1950s and 1960s, the tournament had as many as 10 schools.

“To me one of the best things about the county tournament was seeing everybody from the different communities coming together," Allen said.

Allen’s first memory of the Morgan County Tournament was as a young spectator in 1967. He saw his cousin Ferrell Maples lead Priceville to the championship.

“That was back when they played the tournament in Hartselle,” Allen said. “The semifinals were on Saturday morning and the championship was that night. After the semifinals, everybody would go for a meal at Gladys’ Restaurant down by the ice plant.”

Allen has not missed a tournament since 1967. He played in it for Priceville and then was on the first team at Brewer for his senior season of 1972-73.

“We played Austin in the finals at Austin,” Allen said. “We had a lead and Austin came back to beat us. I’ll never forget it.”

When Allen was in college at Snead State and then Auburn, he always came home to watch at least one night of the tournament. He eventually came back to Brewer and became the girls coach.

“The girls tournament started in 1978 and was held separate from the boys,” Allen said. “Sometimes in the 1980s they started having the boys and girls tournaments together.”

Austin won the first six girls tournaments and seven of the first nine. Hartselle won five of the next six before Brewer won its first championship in 1990. The Patriots would win 13 of the next 16.

“To me the county tournament was always a big deal and I wanted my players to think it was a big deal,” Allen said. “I always used it as the time to start getting prepared for the area tournament.”

The Morgan County Tournament MVP award usually goes to a player from the championship team. The Brewer girls had the distinction of having a tournament most valuable player before winning their first championship. It was Karla Patterson in 1987.

“The 1986 girls tournament was one of the best ever because there were so many girls that were talented enough to play in college,” Allen said. “Decatur, Hartselle, Austin, Danville, Falkville and us really had talented teams.”

Hartselle won the championship in 1986, but Falkville’s Christy Chaney was the MVP. Falkville also had Christy Ferguson. In that 1986 tournament, she hit a buzzer-beater shot vs. Brewer at the end of the first half that traveled three-fourths of the floor. The points scored on that basket turned out to be the difference in a Falkville win.

The next year in the Morgan County Tournament, Ferguson, who now coaches softball at Hartselle, repeated the same buzzer-beater heroics against Brewer.

“Just about every time I see her she reminds me about it,” Allen said.

Brown had been Earl Morris’ assistant coach at Brewer when the Patriots won the tournament in 1995 and 1996. He was elevated to head coach for the next season after Morris retired. His first team played Falkville for the 1997 championship at Falkville.

“There were so many people there that we could hardly get to the floor to warm up,” Brown said. “I guess everybody who lived in Falkville had to be in that gym that night.”

Brewer won nine of the next 13 tournament championships. Only once did the Patriots fail to make the finals.

Brown’s two championships at West Morgan in 2014 and 2015 were led by two-time MVP Grant Workman.

“Basketball is a tournament sport and it hurts to miss out on this tournament,” Brown said. “It’s always special.”

What is your physical fitness level compared to March 2020 after a year of pandemic-related restrictions on activities?