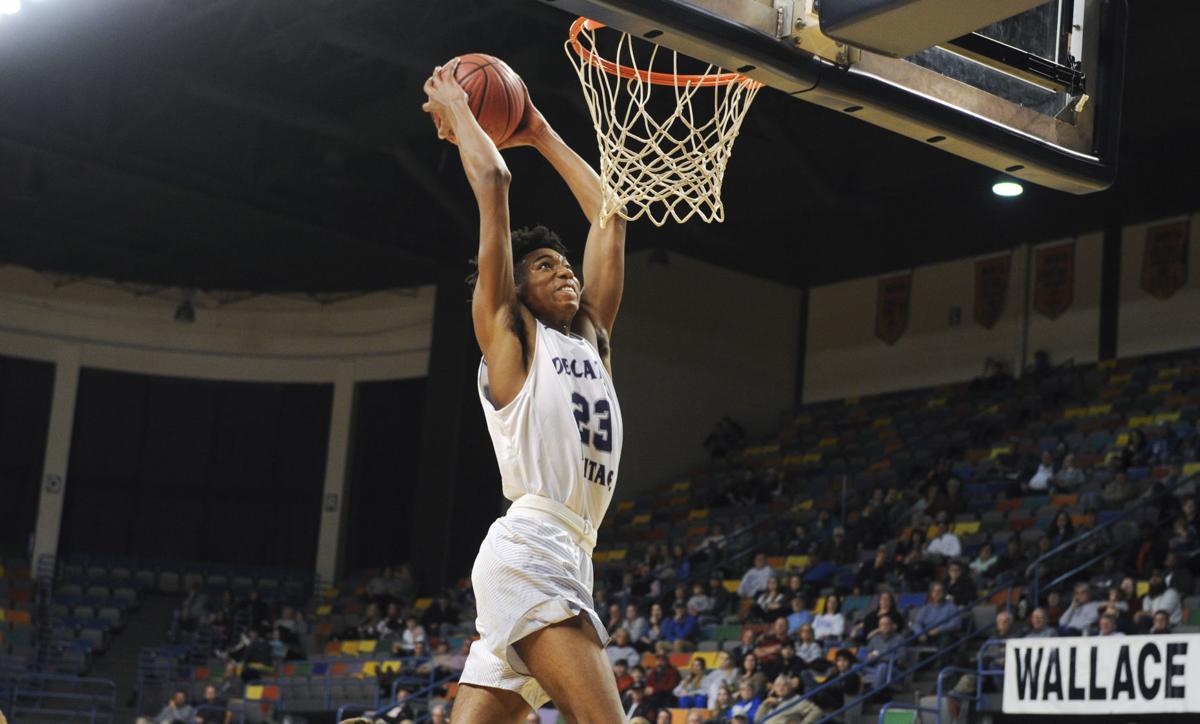 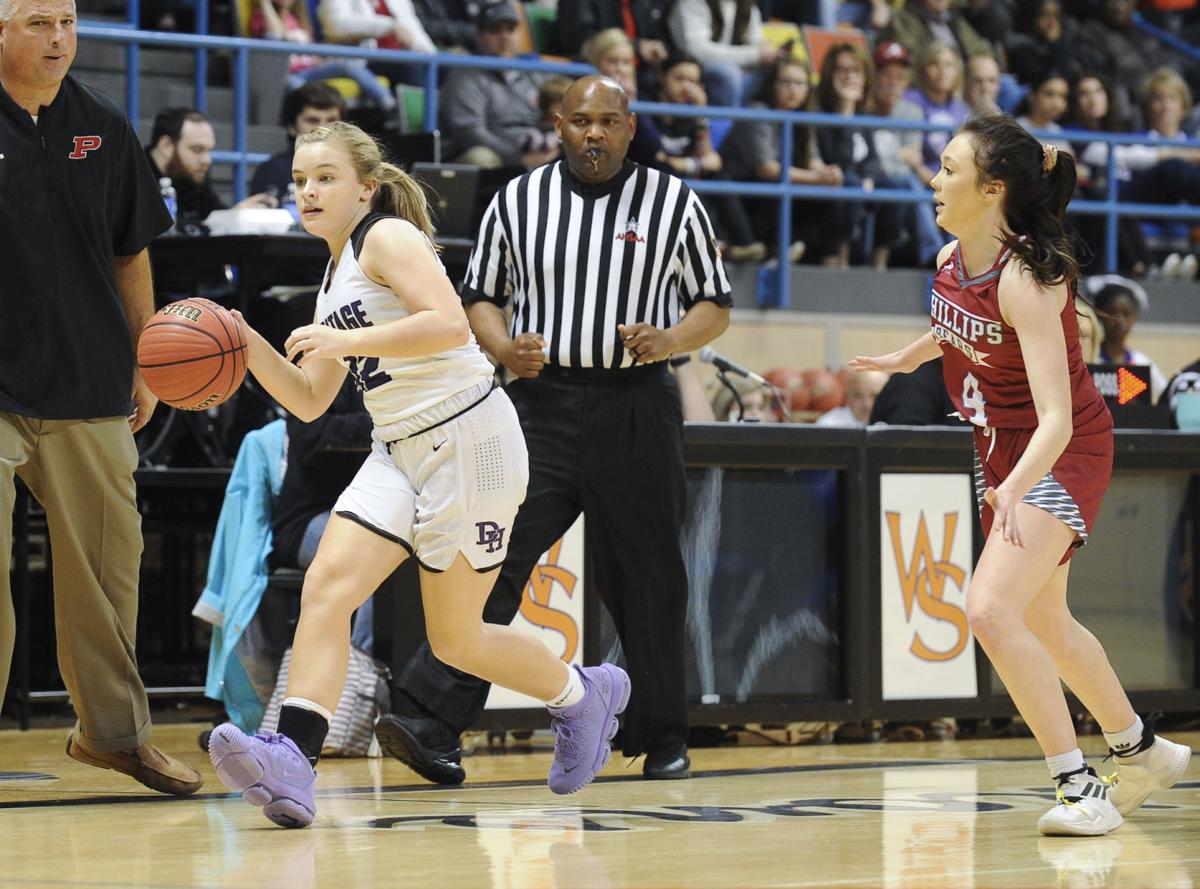 HANCEVILLE — Thursday was not a kind day for area Class 1A schools.

Five tried to advance in regional play, and only one is alive for another day.

Decatur Heritage Christian Academy plays Pickens County for the regional championship on Monday at 4:45 p.m. The winner advances to the state tournament in Birmingham. The 1A state semifinals are Feb. 24.

Phillips, the defending girls 1A state champion, beat Decatur Heritage, 50-46. Katie Jones, a Samford signee, closed out her career with 28 points to lead the Eagles. The Mars Hill girls beat Falkville, 86-33. Phillips and Mars Hill play Monday for a spot in the state tournament in Birmingham.

The career of Lindsay Lane's Tommy Murr, the state’s all-time leading scorer, ended in Jacksonville in an 82-78 overtime loss to Jacksonville Christian in the Northeast Regional. The Lipscomb signee scored 56 points.

Regional play continues today at Wallace State with the spotlight game for area schools being the Hartselle boys playing Minor at 1:30 p.m.

Decatur Heritage boys 68, Belgreen 65: The Eagles negotiated another obstacle on the road to repeat as state champions. On Tuesday it was a 72-67 win over South Lamar in subregional play.

“We are just happy to get out here with a win,” Decatur Heritage coach Jason Marshall said. “We feel blessed to survive this game.”

In a two-minute span after the 3:03 mark, Belgreen missed five of six free throws that could have really tightened the game up. Two were the front ends of 1-and-1s. Two 3s in the final 31 seconds did cut the lead to 67-63 with 20 seconds to play.

Decatur Heritage wrapped it up with three free throws from Clay Smith in the final 29 seconds.

Valdez’ numbers were typical for him, but how he accomplished it in this game was not. He scored 14 points in the second half while playing with three fouls.

“I just kept playing defense, but I had to play smart,” Valdez said.

“They are defending state champions, and they are good for a reason,” Belgreen coach Marty Cooper said.

Phillips girls 50, Decatur Heritage 46: The Eagles led the defending state champions 24-21 at halftime, but the third quarter turned the game around.

Jones had 16 at halftime, and Phillips coach Scott Veal was determined to slow her down. The Bears changed their defense from a Diamond-and-1 to a Triangle-and-2.

“We were going to make the other four girls beat us,” Veal said.

“We weren’t ready for a Triangle-and-2,” Decatur Heritage coach Paula Armstrong said. “After the other four girls settled down and realized it was four on two we did alright. The third quarter just killed us.”

Decatur Heritage outscored Phillips 18-12 in the fourth quarter. The Eagles cut the lead to six points three times, but could get no closer until Jones’ last basket of her career, a 3 from the left side that went in with two seconds left.

“It’s been a long ride. I’ve been on the varsity since the seventh grade,” Jones said. “I’ve worked hard, and I’m thankful Decatur Heritage let me show off all my hard work.”

Decatur Heritage (17-14) loses Jones and one other senior, Jamie Corry. Junior Loryn Miller is expected to be one of the leaders next season.

“We had a great season with a lot of young players stepping up,” Miller said. “I like where we are headed for next season.”

Jacksonville Christian 82, Lindsay Lane 78 (OT): Murr’s 56 points weren’t enough for the Lions to advance in the Northeast Regional in Jacksonville.

Jacksonville Christian seized control in the second quarter, outscoring Lindsay Lane 17-9 to take a 31-27 lead into halftime. It then led 52-44 heading into the final quarter.

Lindsay Lane charged back to tie the game and force overtime. Murr scored 38 points in the second half.

Jacksonville Christian then edged out Lindsay Lane 16-12 in overtime to advance. Chase Vinson had 39 points and 21 rebounds for the Thunder.

Murr finishes this season with 1,506 points, which is a state record. He finishes his high school career with 5,716 points. He is the all-time scoring leader in Alabama history.

Mars Hill girls 86, Falkville 33: It was a tough end to the season for the Blue Devils. Mars Hill came out on hot from the start and scored 30 points in the first quarter. It was 51-19 at halftime.

“We knew Mars Hill was really good and could shoot the ball well across the board,” Falkville coach Jonathon Lacy said. “They came out on fire against our zone. When we adjusted with a man defense they attacked the basket.”

As the lead mounted, Falkville tried to speed up its offense and the result was 34 turnovers for the night. Mars Hill hit 29 of 65 field goal attempts, including 11 3s. Falkville hit 12 of 38 and 4 3s.

“We have a lot to look forward to with our program,” Lacy said.

A pair of local high school wrestlers remain in contention for state championships after the first day of the AHSAA state meet at the Von Braun Center.

Hartselle's Lincoln Bryant and East Limestone's Andrew Maxwell will wrestle in the semifinal rounds of their respective classes today. Championship finals are scheduled for Saturday afternoon.

Bryant, wrestling at 120 pounds, defeated Stanhope-Elmore's Jared Cherry and Gulf Shores' Yogi Childress to advance to the Class 6A semifinals.

Hartselle was represented by seven wrestlers, including Bryant, with Payton Roberts (126 pounds) and Xander Waddell (195 pounds) each picking up wins on the day.

Roberts defeated McAdory's Keander Poellnitz in the opening round before falling to Corey Jones, of Shades Valley, in the quarterfinals. Roberts will compete in today's consolation round alongside Waddell, who rallied from an opening-round defeat to get a win over McAdory's Steven Cox in the first round of the consolation bracket.

Four Decatur wrestlers competed on Thursday, with Malik Nelson (106 pounds), Dauntae Montaro (220 pounds) and Hunter Claborn (285 pounds) each picking up one win. All three will wrestle in the consolation bracket today. Foster Nelson (182 pounds) also wrestled for the Red Raiders.