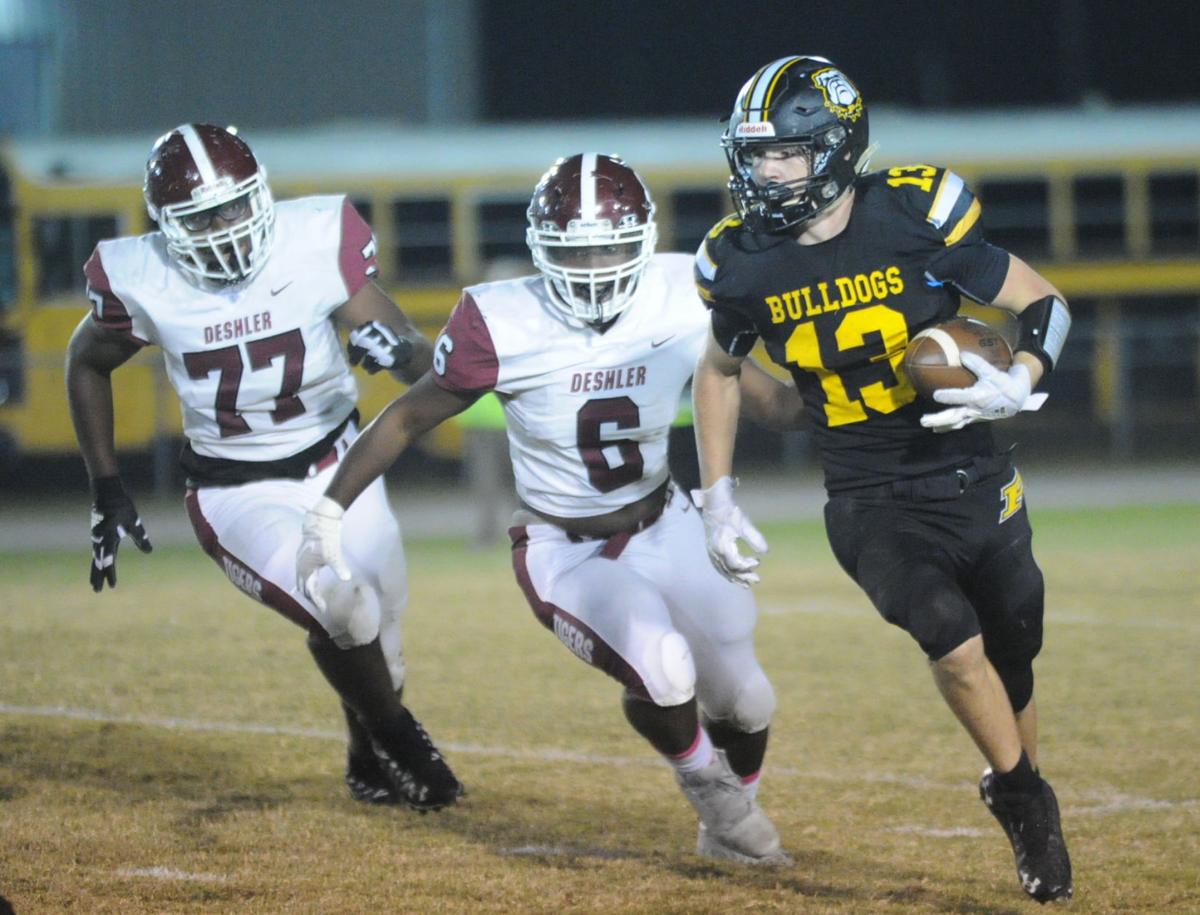 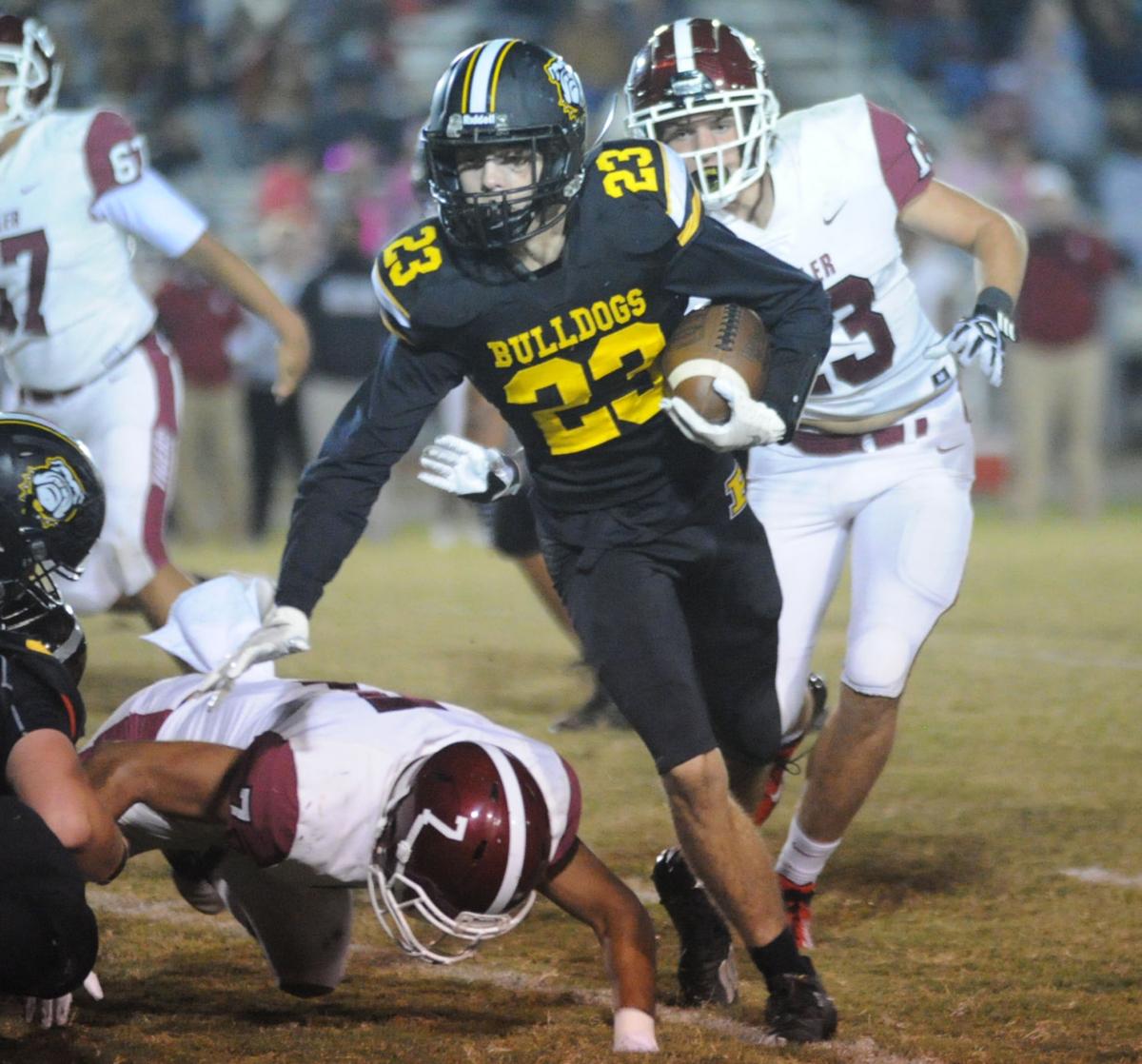 Priceville's William Baker breaks tackles on a run in the first half. [CALEB SUGGS/DECATUR DAILY]

Priceville's William Baker breaks tackles on a run in the first half. [CALEB SUGGS/DECATUR DAILY]

PRICEVILLE — The Priceville Bulldogs played good enough to knock off 4A Powerhouse Deshler.

Unfortunately, their own mistakes that cost them that opportunity, and Deshler took a 23-21 victory Friday night.

“We really stopped ourselves a lot tonight,” said Priceville head coach Chris Foster. “We had some bad snaps, some people reading their wristbands wrong, people misaligning. We only punted once, but we just couldn’t get out of our own way.”

The bad snaps were the true cause of the Bulldogs' misfortune. Priceville had eight that resulted in negative plays. Two came when the Bulldogs had first and goal at the 2 and the 5. Two more resulted in fumbles. All of them came on drives when Priceville was moving the ball in Deshler territory.

The bad snaps could be attributed to the temperature, as it was the first true cold game of the season. However, Foster says his team isn’t going to use that as an excuse.

“Yeah, we’re not going to make excuses for the snaps,” he said. “That’s something we have to correct, and we will work on that religiously this week.”

Deshler took control of the game early, securing a field goal and then extending the lead to 10-0 with a Jakari Belue 17-yard touchdown run.

The Bulldogs tried to answer, driving all the way to the Tiger 2-yard line, but a bad snap put them back at the 11.

Priceville lined up for a field goal, but an offside gave them the ball at the 3 with two seconds left. Feeling his team needed a spark, Foster decided to go for it, a gamble that was unsuccessful.

“We had the ball at the goal line, and I decided to roll the dice. Unfortunately, we came up a yard short.”

Priceville’s offense came alive in the second half as Jerry Burton and quarterback Wyatt Hurt both scored on 1-yard touchdown runs, the latter of which came after Hurt hit Xander Gaines for a 24-yard pass to the 1.

But every time Priceville scored, Deshler had an answer.

The Bulldogs did add a third touchdown, a seven-yard toss from Hurt to Gaines, that cut the lead to 23-21.

However, when they got the ball back there were only 54 seconds left, and the Bulldogs were unable to score.

The loss drops Priceville to 5-3 and gives them their second loss to a region foe in as many weeks.

Foster said the team will take the lessons learned as it makes a push for the playoffs.

“The message to our team is for two weeks we hung with two great teams and in both games, we had chances to pull out the win,” he said. “We didn’t make the plays we needed to, and that has to be something we work on this week,” Foster said.