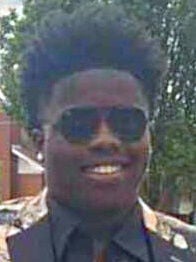 Coach Mac Hampton opened the R.A. Hubbard fieldhouse for any players interested in coming by Wednesday, but the activities had nothing to do with football.

A day after two members of the team, Derrick “D.J.” Wiggins and Javion Brown, died in a car accident off Alabama 33 in Lawrence County, Hampton wanted his players to have the chance to watch TV, play video games and simply be around each other.

“I just felt that the locker room, the fieldhouse, is a place of peace and happiness to them,” Hampton said.

Hampton said over half of the players on the team had been to the fieldhouse since Tuesday's accident. He suspected most of the players would be more comfortable talking about what happened with each other than they would with adults.

He wanted to create a lighthearted environment given the circumstances.

“When it's time for the funeral service, reality's going to set in,” Hampton said.

This was the first time Hampton had lost members of his team as a head coach. A player of his died while Hampton was an assistant at Austin and another while he was on staff at Hazel Green.

Hampton said part of being a football coach is getting to know players’ personalities, likes and dislikes. Wiggins was the team’s quarterback.

“He just had that natural swagger — how he dressed, how he looked, how he carried himself,” Hampton said. “To watch him run, it was beautiful.”

Hampton said Brown, a fullback and linebacker, was able to socialize well with different types of people. Teammates who were not necessarily close friends with each other might both be close to Brown.

“He was kind of the go-to guy in the group, the one everyone was close to,” Hampton said. “… He was going to hang out with everybody.”

Hampton said many local coaches and administrators have talked to him to say they're thinking about his team and everyone at R.A. Hubbard.

“The support has been overwhelming,” Hampton said. “I can't even express the gratitude for the overwhelming concern in this situation from people all across the state.”