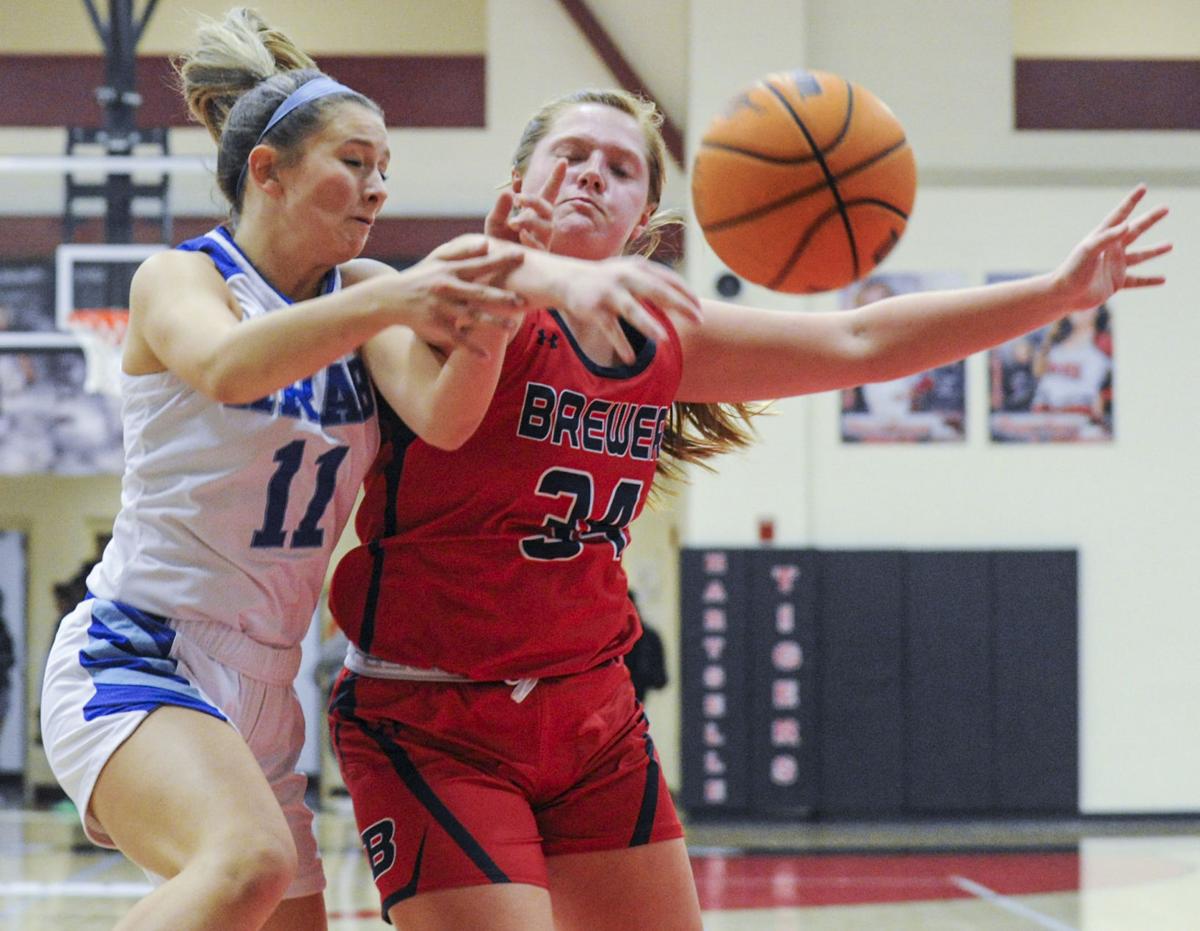 Arab's Tatum Monroe (11) and Brewer's Jacey Atkinson (34) collide as they battle for a rebound during the Encore Classic at Hartselle High School on Tuesday. [JERONIMO NISA/DECATUR DAILY] 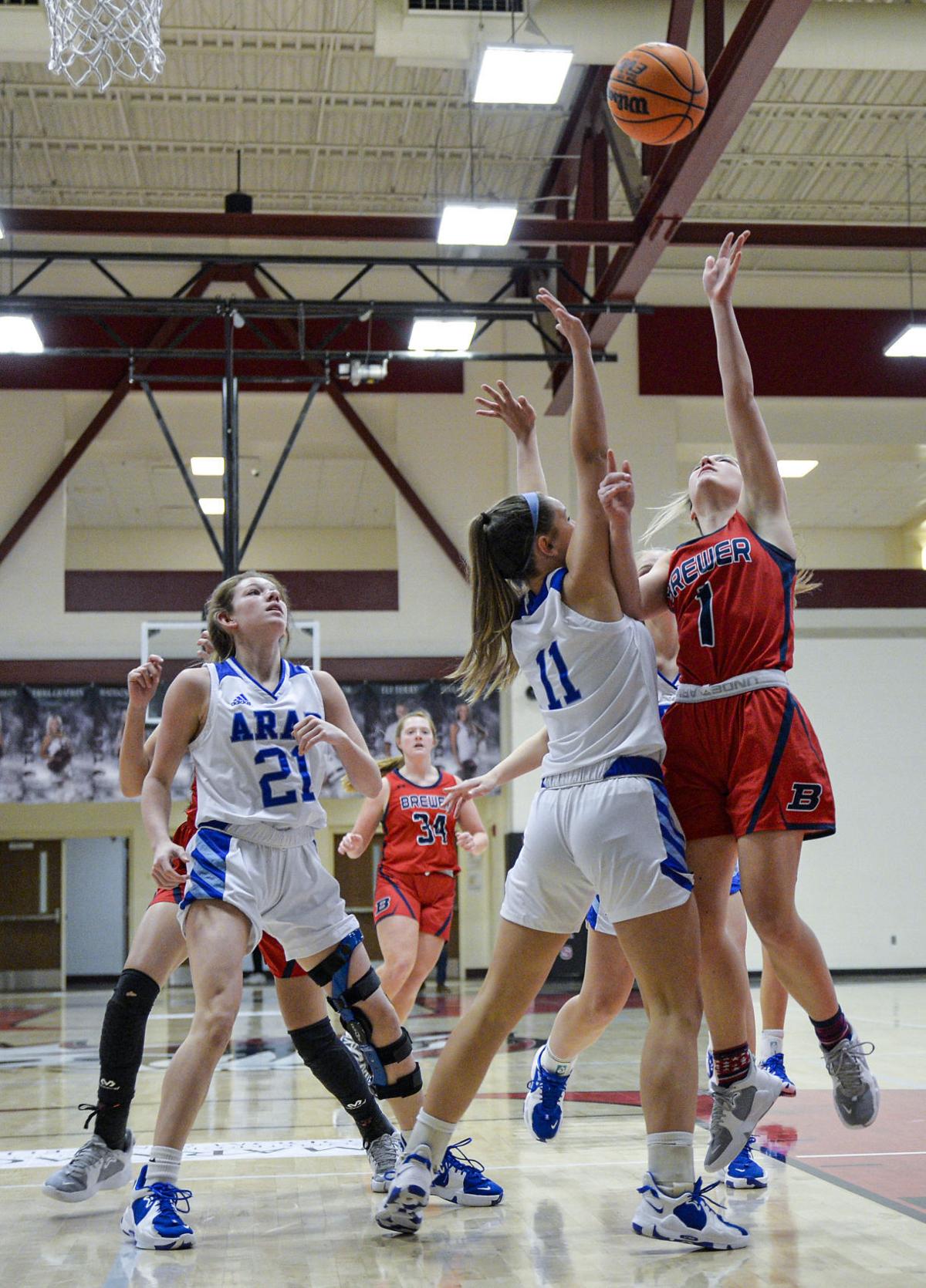 Arab's Tatum Monroe (11) and Brewer's Jacey Atkinson (34) collide as they battle for a rebound during the Encore Classic at Hartselle High School on Tuesday. [JERONIMO NISA/DECATUR DAILY]

CLEMENTS — Jenny Trent poured in a game-high 30 points as Clements defeated Hatton 50-45 in the Clements Thanksgiving Classic on Tuesday.

With her team trailing 36-29 after three quarters, Trent outscored Hatton 15-9 over the final eight minutes as Clements scored 21 fourth-quarter points to secure the comeback win.

Paige Robinson added 10 points for the Red Devils and Thea Hamlin scored nine. Lincoln County led 4-25 at the half.

Hartselle girls 57, Priceville 42: Masyn Marchbanks scored a game-high 32 points as Hartselle rolled past Priceville in the Encore Classic on Tuesday.

Kaitlyn Hogan had six points for the Tigers, while Gracie Hill and Karleigh Shipley added five points each.

Hartselle rallied from a 28-27 deficit to get the win.

Arab girls 32, Brewer 28: Hope West led Brewer with 11 points in a close loss at the Encore Classic on Tuesday.

Chloe Romine added eight points for the Patriots (3-5), who led 12-8 at halftime.

Aspen Miller and Laney Kelley each had nine points for Arab.

Oneonta girls 43, Falkville 35: Elli Lorance and Ellie Cate Hill combined for 26 points for Falkville at the Encore Classic on Tuesday.

Lorance finished with 14 points and four rebounds for the Blue Devils and Hill had 12 points and six rebounds.

Baylor Phillips had a game-high 22 points for Oneonta.

Molly Chumbley had 12 points for the Trojans (1-1) and Addison Simmons pulled down a career-high 20 rebounds.