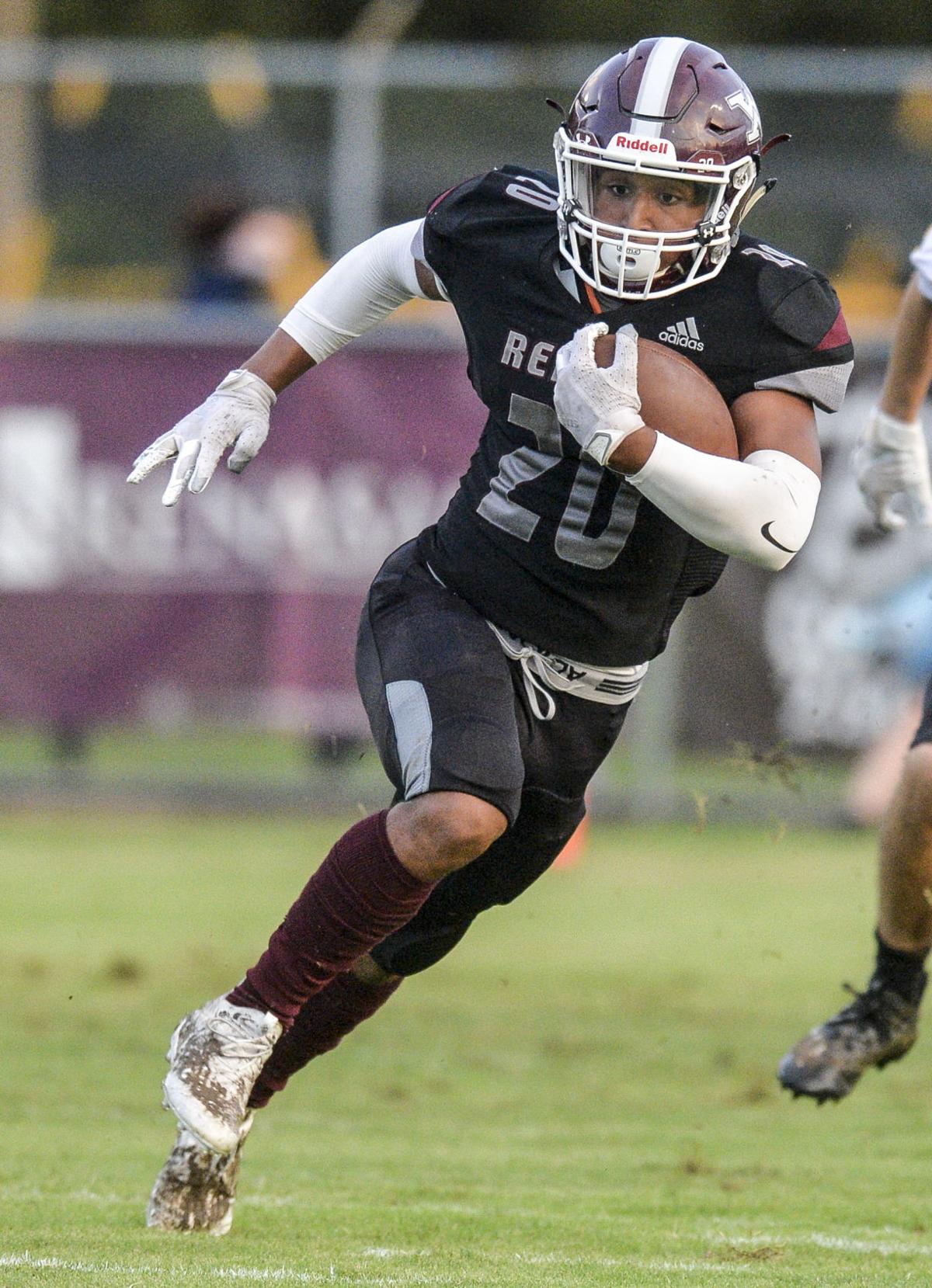 Sophomore running back Connor Dillard has emerged as a force for West Morgan this season. [JERONIMO NISA/DECATUR DAILY] 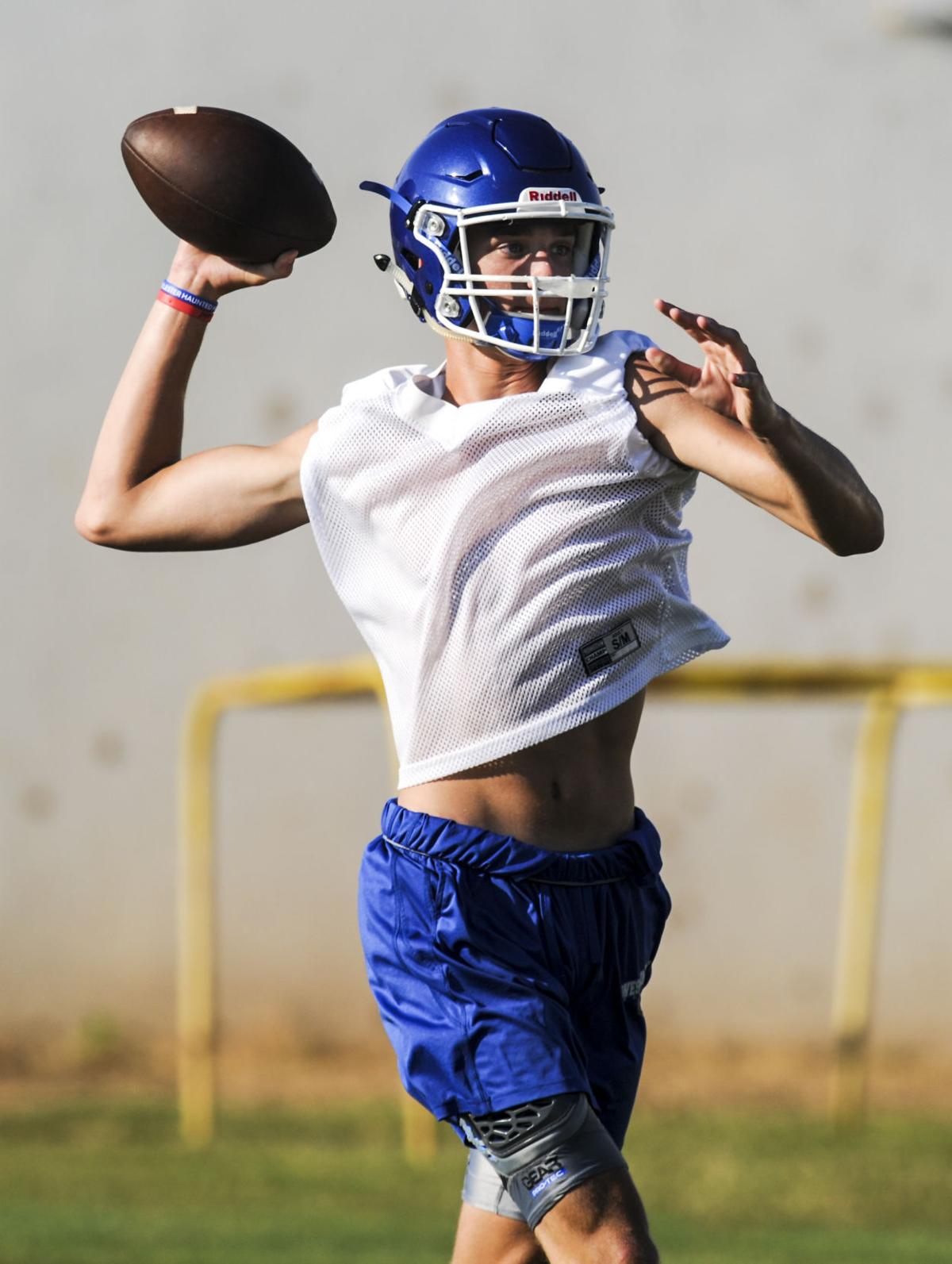 Sophomore running back Connor Dillard has emerged as a force for West Morgan this season. [JERONIMO NISA/DECATUR DAILY]

Just as the sun sets in the West on Friday evening, two teams from the West will be lining up against each other in a key Class 4A, Region 8 game.

The West Limestone Wildcats visit the West Morgan Rebels in the first meeting between the schools since 2009.

West Limestone (3-0) surprised many two weeks ago with a Class 4A, Region 8 win over No. 7-ranked Deshler, 33-14. It was a shocking victory, not because West Limestone won, but because of how the Wildcats dominated the Tigers.

Last week, the Wildcats survived a trip to Central-Florence with a 28-20 win. The success is getting noticed around the state with West Limestone getting votes in the weekly state prep poll.

Next came the big rivalry matchup with Priceville. The visiting Bulldogs have scored 83 points in three games this season, but could only manage three that night in West Morgan’s 7-3 win.

Last week, West Morgan caught the wrath of Deshler, which bounced back from the West Limestone loss with a 40-0 win at home over the Rebels.

“We knew the first half of our schedule was going to be a gauntlet,” West Morgan head coach Mikel Riggs said. “We just hope to survive.”

The combined record of West Morgan’s first five opponents is 13-2 with one of the losses being the one Priceville got against the Rebels.

This is the third week of region play and usually by now some separation has started developing in the region standings. That’s not happened so much in Class 4A, Region 8. West Limestone is at the top at 2-0. Wilson is at the bottom at 0-2. The other six teams — West Morgan, Priceville, Deshler, Brooks, Central Florence and Rogers — are all 1-1.

One name that stands out on the West Limestone roster is senior receiver River Helms (6-foot-5, 210 pounds), who has offers from many schools, including Georgia and Florida State. He had nine receptions for 85 yards and two touchdowns in the win over Central.

Making the throws to Helms is sophomore quarterback Colin Patterson (6-5, 175), who emerged out of a group of four in the preseason to win the position. He's thrown for 368 yards and two touchdowns in three games.

“I’m really proud of how he has progressed each week,” Davis said. “He’s won the trust of the older guys on the team with how he’s played.”

Two other players that Davis had praise for are seniors Brody White, a linebacker/receiver, and lineman Logan Haggard.

“Brody is a physical player who always flies to the ball making plays,” Davis said. “When we’ve had injuries in the offensive line, Logan has stepped in to play both ways.”

West Morgan has had to overcome a rash of injuries. Against East Lawrence, the Rebels had 10 players not dressed out due to football injuries.

“The injuries have limited us to what we could do,” Riggs said. “We are starting to get some of the players back. That's progress.”

Due to the many injuries, Riggs has had to move some players into different roles. Junior lineman Trevor Morgan has played in started games in the offensive line at center, guard and tackle. The same has been true for senior lineman Nathan Alexander. Senior starting quarterback Glavine Segars has had to play defensive back.

Two young running backs have stepped up for the Rebels. Junior Cade Alexander and sophomore Connor Dillard have turned into a dynamic duel with a combined 600 yards rushing and four touchdowns

“We’ve been through a lot of adversity,” Riggs said. “Because of the way we’ve handle it, I have a lot of optimism going forward.”