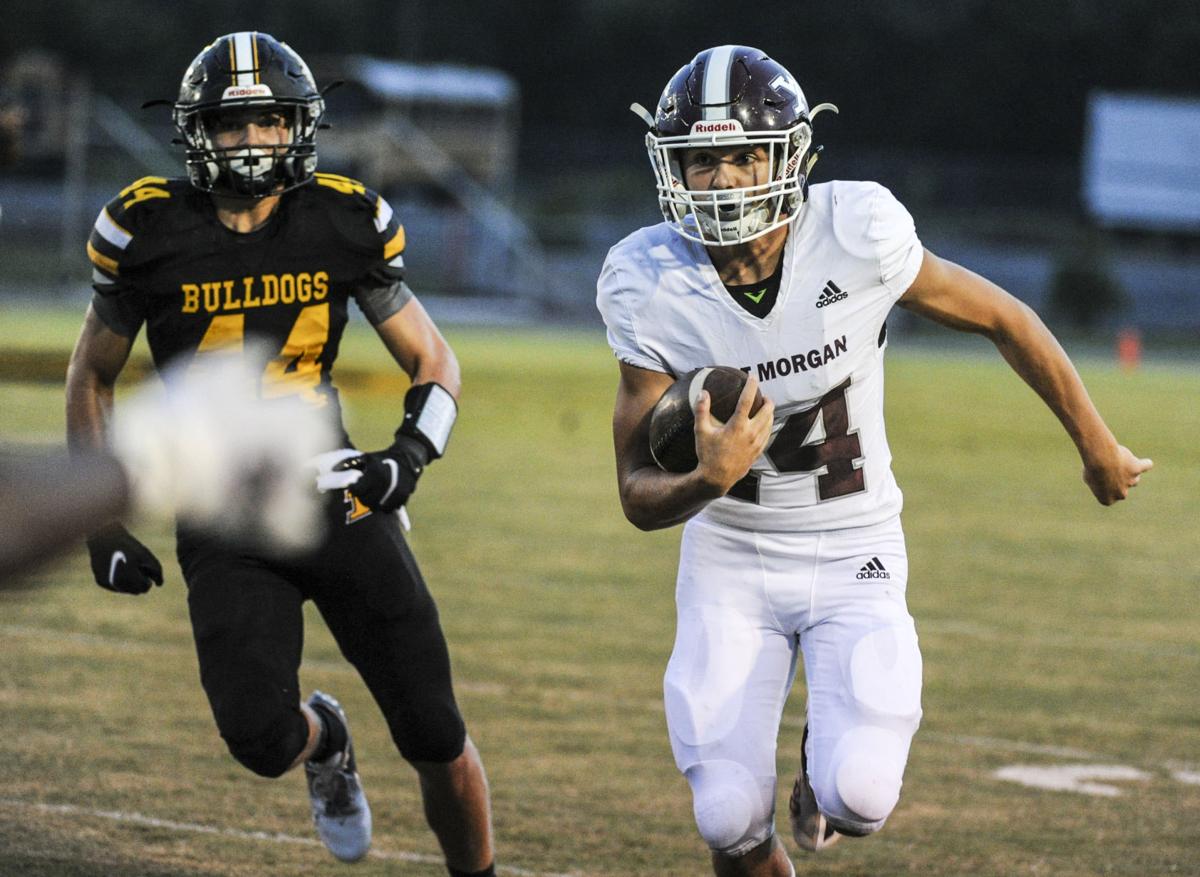 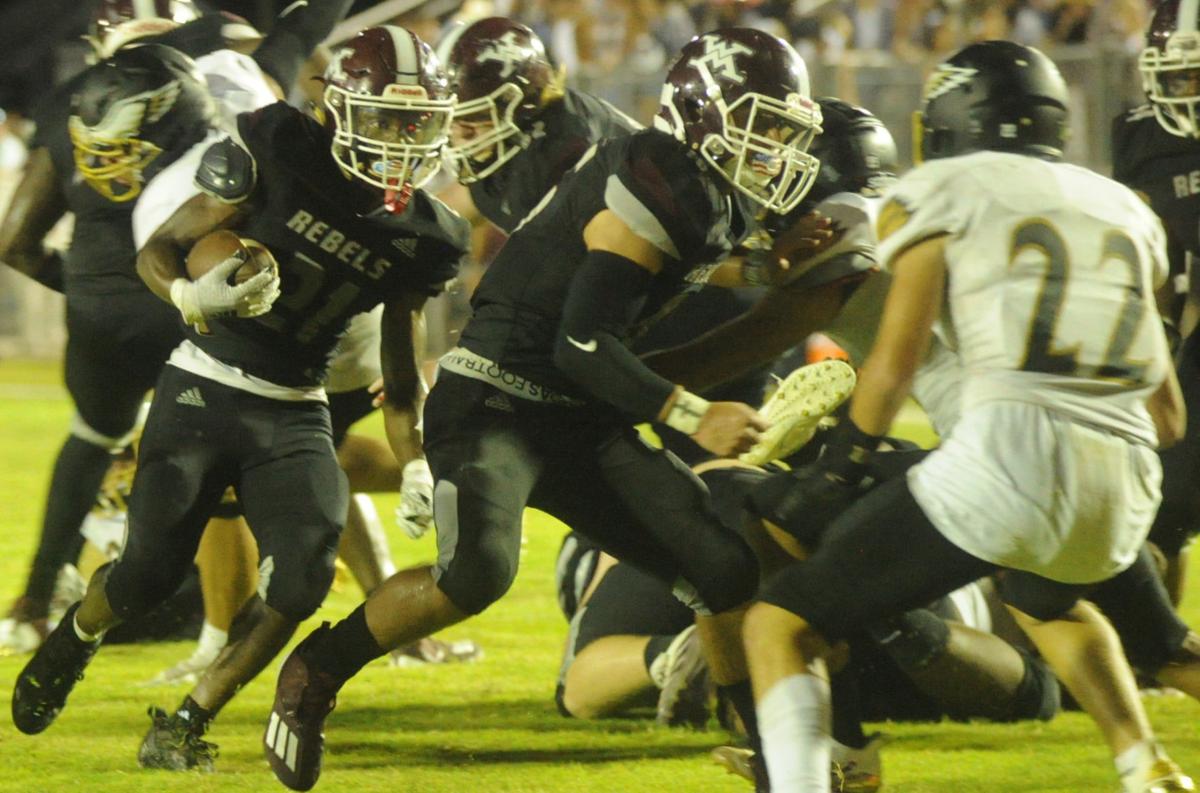 West Morgan running back Jalen Fletcher looks for room to run during the Rebels' win over East Lawrence earlier this season. Fletcher finished the game with three touchdown runs and is part of an improved Rebels offense. [CALEB SUGGS/FOR THE DECATUR DAILY]

West Morgan running back Jalen Fletcher looks for room to run during the Rebels' win over East Lawrence earlier this season. Fletcher finished the game with three touchdown runs and is part of an improved Rebels offense. [CALEB SUGGS/FOR THE DECATUR DAILY]

It's been a hot start for West Morgan under first-year head coach Drew Phillips.

The Rebels are 3-1 after knocking off Deshler, a traditional north Alabama powerhouse, 28-19, last Friday.

So, what has led to the success of a team that finished 3-7 last season and went looking for a new head coach?

A quick look at the stats shows it's been an offensive resurgence. Through four games the Rebels are averaging 30 points per game, double what they averaged a season ago.

If you take away the loss to Priceville, where West Morgan lost 24-7, the Rebels are averaging 37 points per game in three wins.

It should not be a surprise to see the offense have success. Phillips came from Athens, where he was assistant coach of the year as the team's offensive coordinator. With his arrival, Phillips has brought with him a multi-dimensional offense that opposing teams find difficult to stop.

"We are a run football team first, but we want to have answers for whatever is going on during a game," Phillips said. "If they have too many in the box, we have to find a way to get them to back up."

In last week's game, Deshler tried loading the box (the area around the line of scrimmage). Phillips' answer? A halfback pass from Jalen Fletcher to Kaden Cook that went for a 64-yard touchdown.

"It was just a double pass," Phillips said. "We swung it out to Jalen and he flung it down there."

It might’ve been a simple play call for Phillips, but it was a dream come true for Fletcher.

"It felt great," Fletcher said. "Not every day you get to make a play like that."

Despite his successful throw, Fletcher said he would leave the full-time QB duties to Peters. However, having players who can fill more than one role makes the offense extra dangerous

"(Braxton) can run it, and I guess I showed I can throw it and also run it," Fletcher said. "I think that makes us hard to defend."

"It also makes us hard to prepare for," Peters said. “Because it's not just us, there are a lot of other guys on the team that can make big plays. It makes it where teams can't key on one player."

Phillips admits that each week he looks forward to seeing which player is going to step up.

"We have high expectations for all our players, but the exciting part as a coach is each week seeing someone new step up and make a big play," Phillips said. "If we can continue to do that, I think we have the chance to be pretty special."

West Morgan faces another big test in the gauntlet that is Class 4A, Region 8 this week when it travels to West Limestone, last year's region champion.

To pull out a win it'll take another complete showing from the offense. Question is, will there be any more special tricks waiting to be pulled out of the bag?

"I don't know," Fletcher said. "Guess people will have to come and see."