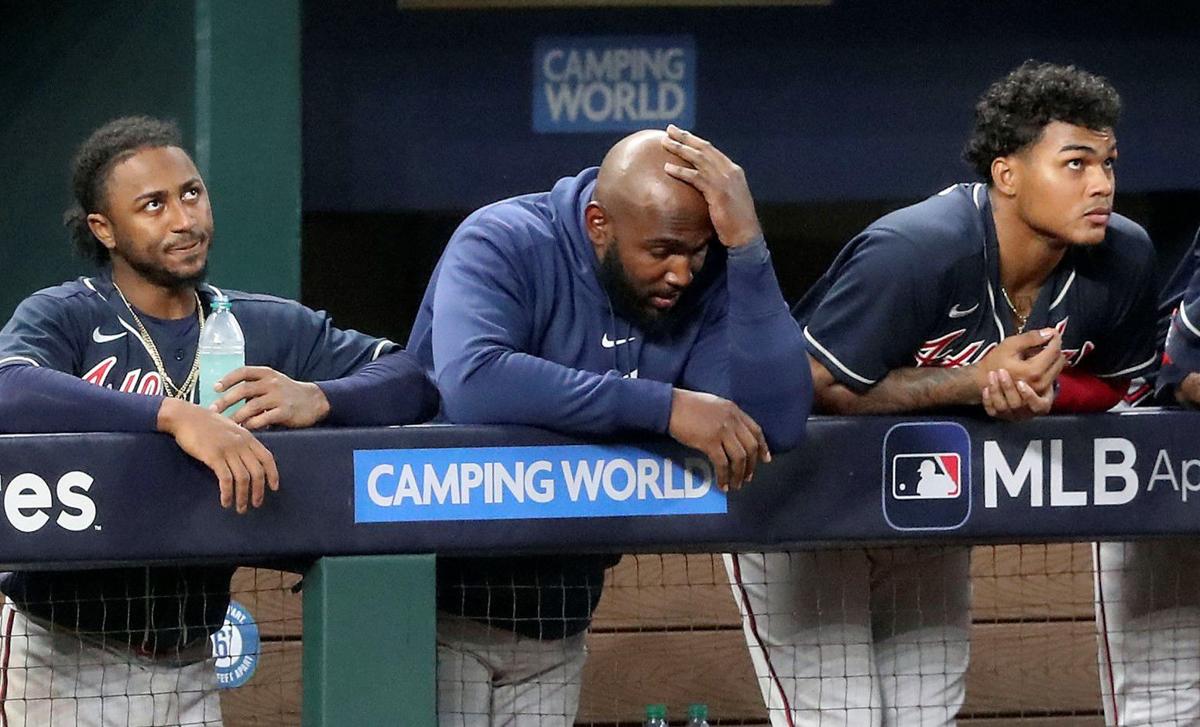 On Sunday night, the 2020 Braves will become National League champions or add their name to that long, long list of Atlanta teams that looked great until they didn't.

A bit of perspective: If, seven days ago, someone had said, "The Braves will take the Dodgers to a Game 7 — you OK with that?", your answer would have been yes absolutely, yes positively. The Dodgers were supposed to win this, and they still could. And so could the Braves. Yes, they've whiffed on two chances to clinch, but it'll take strike three to send them home.

The Braves lost Game 6 of the NL Championship Series 3-1 on Saturday. They trailed from the first inning on, which isn't to say they rolled over. Hit hard early, Max Fried settled himself and kept his team in position to stage one of its staple rallies. The Braves made Walker Buehler work, managing seven hits over his six innings, but whatever outs he needed, Buehler found.

Fried's sixth pitch, a curveball, was jerked over the right-field wall by Corey Seager. (Yes, him again. That made five homers for him in the series, three in two games.) Fried's eighth pitch, a two-seamer to Justin Turner, cleared the wall in center. The next three Dodgers reached base, and here all thoughts flashed back to Game 3, which saw the Braves hemorrhage 11 blurry-fast runs. Fried extricated this first inning having held the Dodgers to one run after the back-to-back blasts. They wouldn't score again.

Said Braves manager Brian Snitker: "It was a little fluffy in the first inning. But he regrouped and got us into the seventh inning. ... He probably could have thrown 200 pitches once he got his rhythm."

Nothing much happened for a while thereafter. The Braves loaded the bases with nobody out in the second. A fly ball would have scored a run. None was forthcoming. Austin Riley struck out swinging. Nick Markakis struck out looking. Cristian Pache grounded out.

They put two more aboard in the fourth, whereupon Riley smashed a Buehler slider to center field. Exit velocity: 109 mph. Cody Bellinger caught it in stride. Markakis tapped to Buehler to end the inning. The Braves entered the fifth inning with five hits but nary a run.

It stayed 3-0 until the seventh. Markakis, who had no chance against Buehler, hit the first pitch from Blake Treinen into the right-field corner for a leadoff triple. Ronald Acuna, 0-for-3 against Buehler, doubled to right with one out. Here was the moment. One run was in, with Freddie Freeman coming up. Treinen struck out Freeman on a 95-mph cutter. Marcell Ozuna flied out to right. The Braves were two runs down with two innings left.

Fried worked into the seventh, lasting two outs longer than Buehler. This wasn't the left-hander's finest hour, but it might have been his grittiest. He threw a career-high 109 pitches. He exited with the game still winnable, a Saturday clinch still possible. The Braves' hitters couldn't oblige. They went 0-for-8 after Acuna's RBI double in the seventh.

This club doesn't often go down meekly, but it did Saturday.

Said Snitker, in a persnickety postgame mood by his genial standards: "We're in a good spot. I like the guy (Ian Anderson) we're going to pitch. The bullpen's available. We've got everybody tomorrow. We'll see how we do."

Then, interrupting a question about the mood of his players: "They're very aware what we're doing. Game 7 is another baseball game. It's not fourth-and-1. It's a baseball game."

Someone asked the best Game 7s in which Snitker has taken part. "I ain't had one yet," he said. "Maybe tomorrow."

After six games in six days, that's all that remains — one more on Sunday. Twenty minutes after Game 6 ended, Anderson met the media via Zoom and was asked how he'd sleep Saturday night. "I don't really know," he said, and that's where we are. Tied at 3, the World Series awaiting the winner. One more game to get this right.