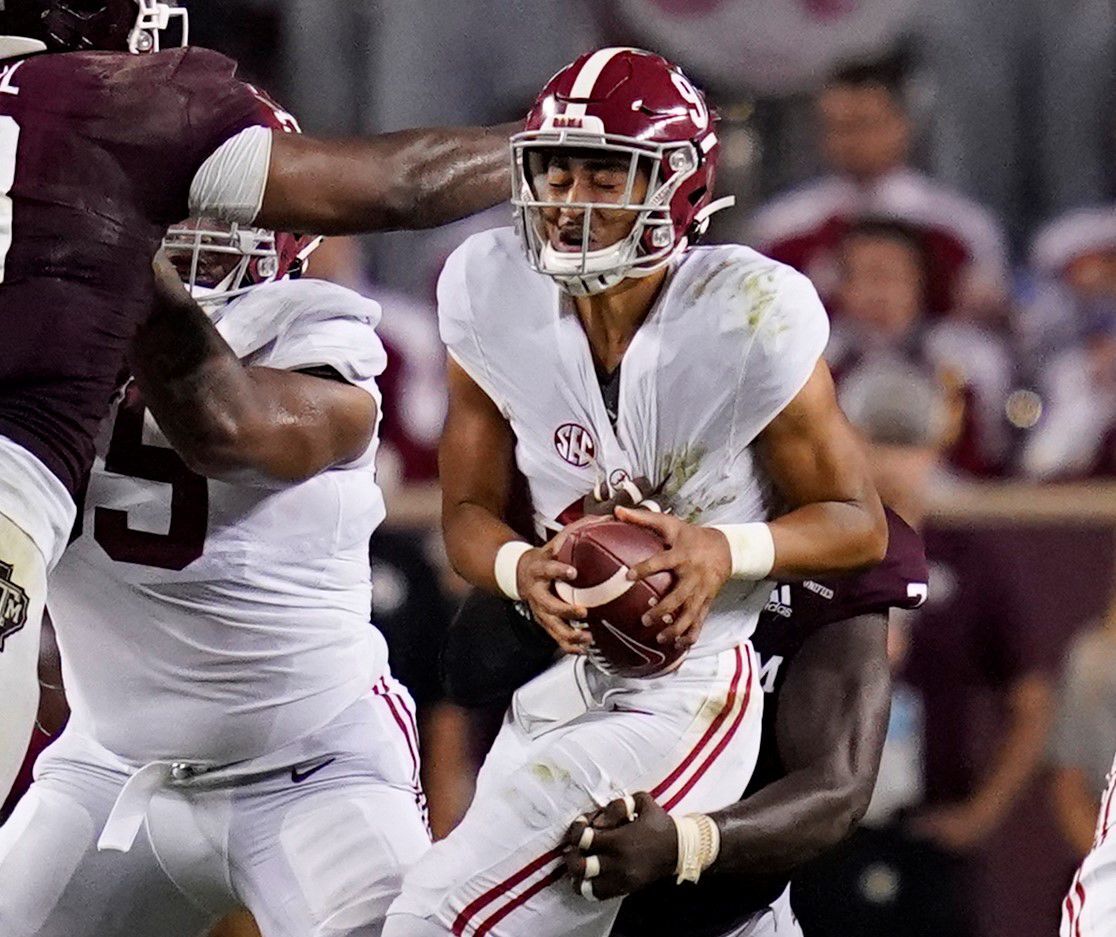 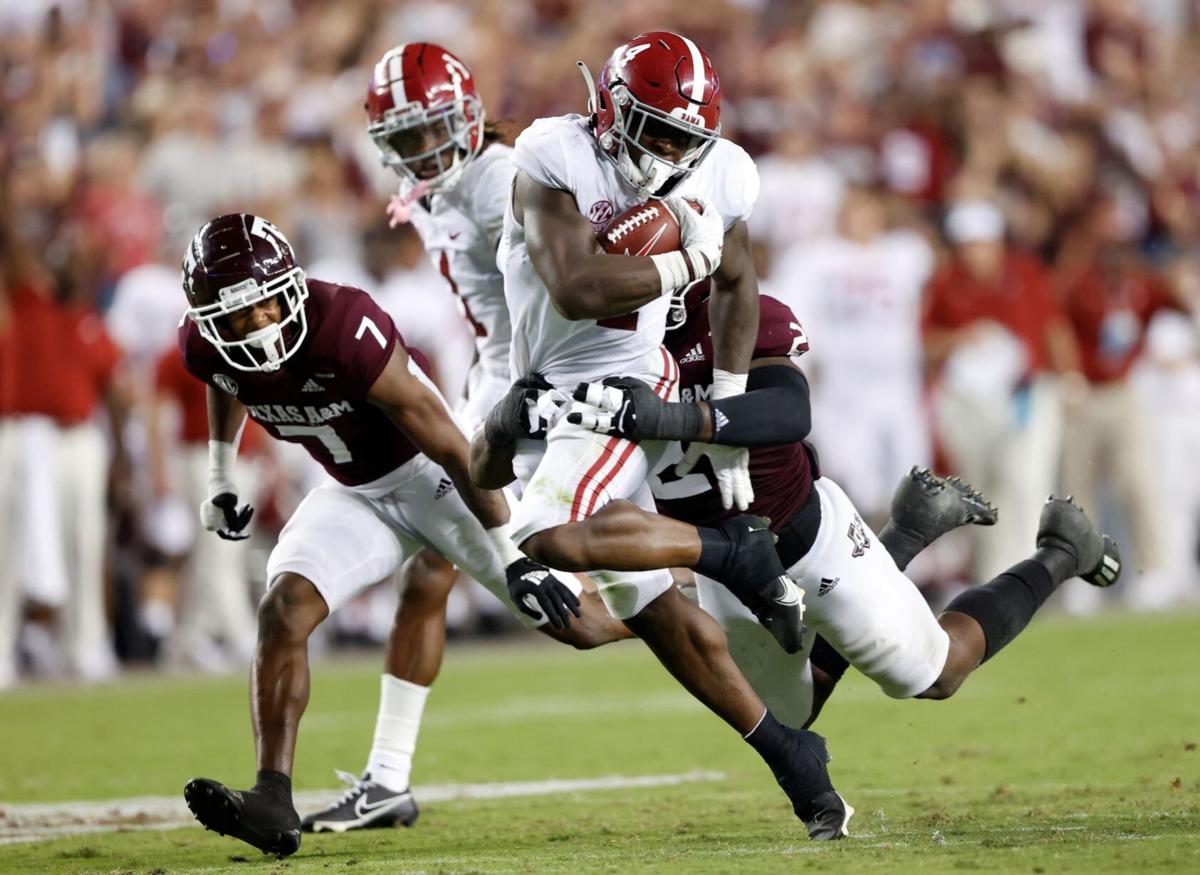 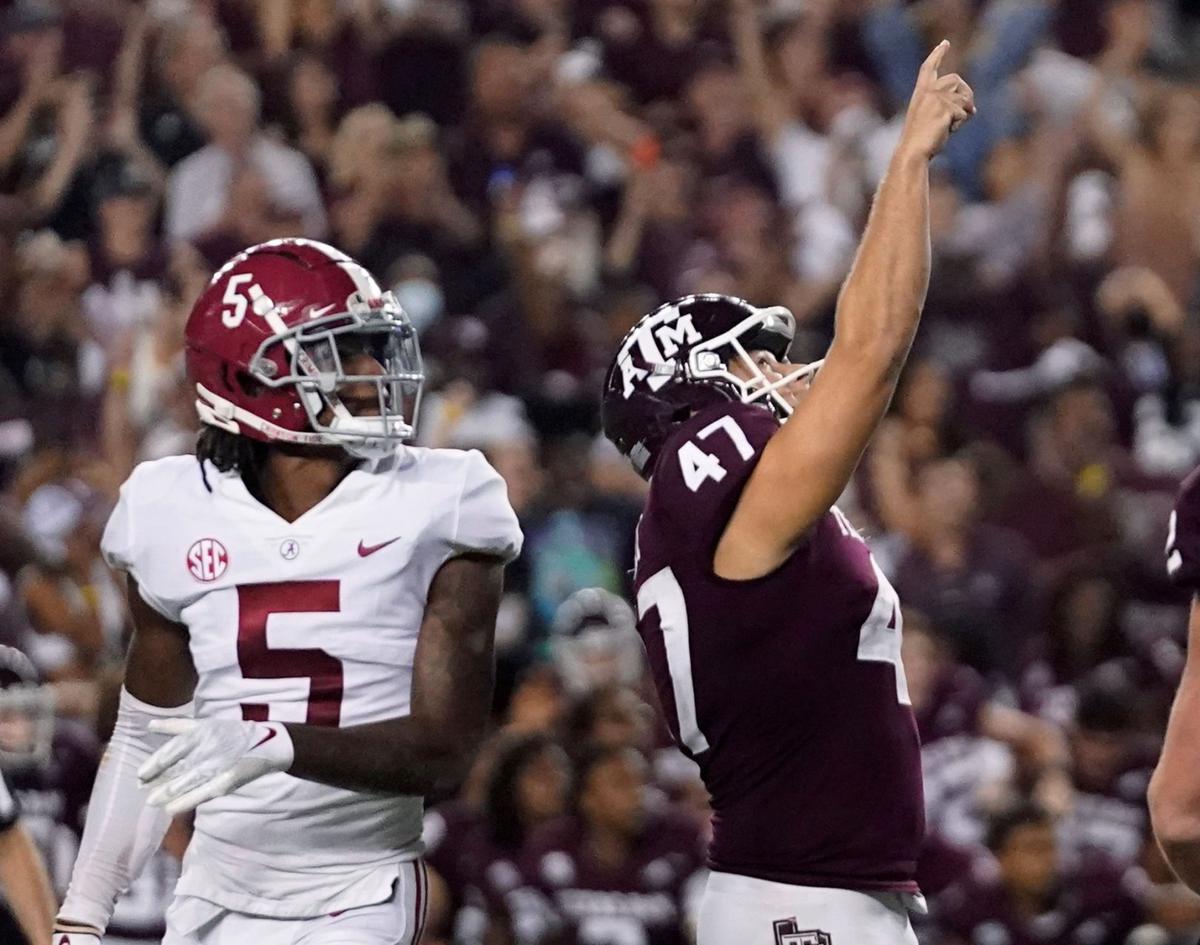 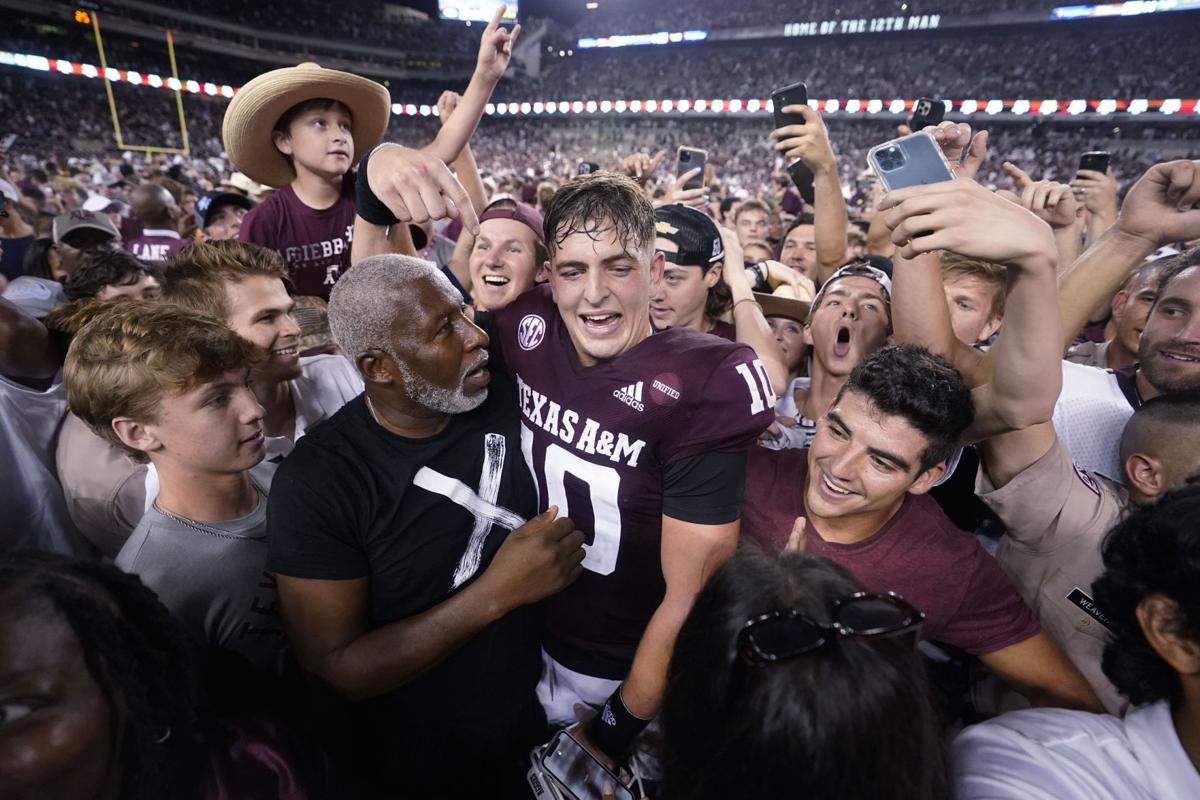 He fulfilled that promise in his first try since that vow Saturday night, handing the defending national champions their first loss since 2019 in a thrilling upset.

“Our team beat a really good football team ... and that’s what’s important to me," Fisher said.

The victory came on Fisher's 56th birthday and is certainly Texas A&M's biggest win since Fisher took over in 2018.

“I didn’t know what to get him, so we thought as a team that we should get a win for him," Small said.

Alabama (5-1, 2-1 Southeastern Conference) had scored 21 straight points — capped by a TD reception and 2-point conversion grab by Jameson Williams — to take a 38-31 lead with five minutes to go.

Texas A&M (4-2, 1-2) tied it at 38 when Zach Calzada connected with Ainias Smith for a 25-yard touchdown with three minutes left. Calzada was hit as he threw the strike and had to be helped off the field but returned for the next drive after a visit to the medical tent.

Calzada returned after the Aggies forced a punt to orchestrate the winning drive, highlighted by a 17-yard pass to Isaiah Spiller before Small finished it off to send fans streaming onto the field to celebrate.

“I'm proud of our guys," Fisher said. “We made plays at critical times."

Calzada threw for 285 yards and three touchdowns, as the former backup played like a star. Devon Achane returned a kickoff 96 yards for a TD in the third quarter and A&M's defense got after Bryce Young all night.

“This is a great win," Achane said. “It shows us that we’re capable of doing great things."

“Everyone needs to remember how they feel and not forget it,” Saban said.

It’s the first time Saban has lost to one of his assistants after entering the game a perfect 24-0 in those games. He’d beaten Fisher four times, the most of any of his former staffers.

“It doesn't mean anything to me," Fisher said about ending the former assistants streak. “Our football team is learning to play against other great football teams and have success. That’s what matters to me.”

Texas A&M also ended Alabama’s streak of 100 wins over unranked teams, dating to a loss to Louisiana-Monroe in 2007 in Saban’s first season.

The Aggies entered the season ranked sixth and gunning for Alabama after the Crimson Tide handed them their only loss last season. But by last week it looked as if this would be a lost season for the Aggies after consecutive defeats by Arkansas and Mississippi State sent them tumbling out of the Top 25.

But instead of falling into a bigger hole this week, the Aggies pulled off the upset to snap an eight-game skid against Alabama. It’s their first win in the series since Johnny Manziel’s spectacular performance led them to a 29-24 win in 2012 on the road when the Crimson Tide was also ranked first.

“We had a couple of tough weeks ... (but) you’re defined by how you respond to adversity," Fisher said.

Manziel, who won the Heisman Trophy that season, was among the 106,815 fans at Kyle Field on Saturday night to watch the Aggies beat the Crimson Tide at home for the first time ever. A&M’s first win in the series came in a 20-16 win in the Cotton Bowl on Jan. 1, 1968.

Manziel was among those celebrating on the field after the game in the wild postgame party.

The 17½-point underdogs gained control of this one early, racing out to a 24-10 halftime lead behind two takeaways and a splendid start by Calzada. A&M’s 24 points in the first half were the most Alabama had allowed to an unranked opponent before halftime during Saban’s tenure.

“There were a lot of issues," Saban said.

Alabama cut the lead to seven when DeMarcco Hellams blocked a punt by Nik Constantinou and King Mwikuta pounced on it in the end zone for a touchdown in the third quarter.

But the Aggies took the blow and responded immediately with one of their own. Achane zig-zagged through two waves of defenders and then displayed the elite speed that lets him double as a sprinter on the track team to simply outrun everyone to make it 31-17 with eight minutes left in the third.

Young then capped a 75-yard drive with a 29-yard touchdown pass Williams to cut the lead to 31-24. Williams put his finger to his lips to shush the crowd after the score.